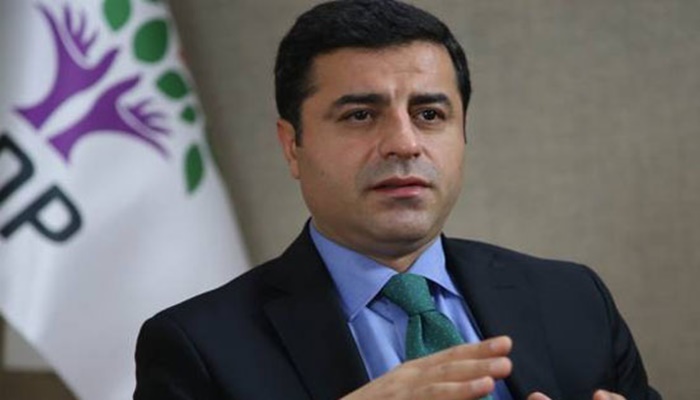 The Diyarbakır Chief Public Prosecutor’s Office has summoned pro-Kurdish Peoples’ Democratic Party (HDP) Co-chairperson Selahattin Demirtaş to give testimony as part of an investigation into the party leader for “humiliating the Republic of Turkey and its institutions,” the state-run Anadolu news agency reported on Tuesday.

The prosecutor on Sept. 6 also invited Demirtaş to visit the Diyarbakır Courthouse to testify concerning accusations that he is a member of an armed terrorist organization. HDP deputies Nursel Aydoğan, Çağlar Demirel and Sibel Yiğitalp were also called to give testimony along with Demirtaş.

The Ankara Chief Public Prosecutor’s Office subpoenaed the HDP’s Demirtaş and Figen Yüksekdağ to testify on accusations of “spreading terrorist propaganda” and “insult.”

Demirtaş told the media on June 30 that he is not planning on testifying to the prosecutor in line with a decision his party had earlier made. According to reports there are currently four investigations under way against Demirtaş.

The invitation from the Diyarbakır Chief Public Prosecutor’s Office came hours after Demirtaş called on the Turkish government and the outlawed Kurdistan Workers’ Party (PKK) to silence their weapons. “After all that has happened, the government and the PKK should have understood that the Kurdish problem cannot be solved through the use of arms,” Demirtaş said in a written statement on Tuesday.

The Ministry of Justice has already sent to prosecutors’ offices 682 motions against 152 deputies, whose parliamentary immunity was removed.