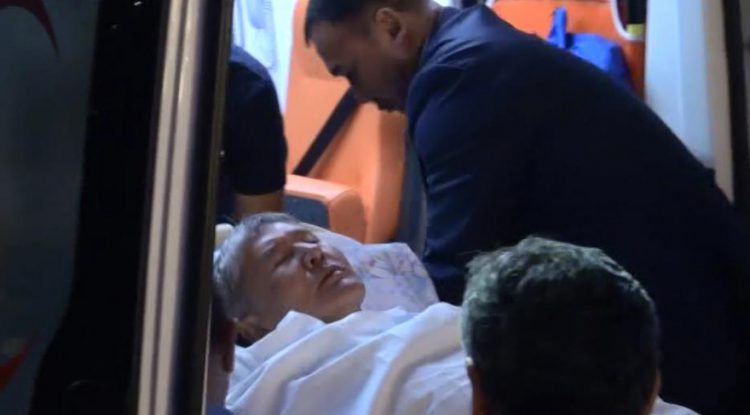 Kyrgyz President Almazbek Atambayev fell ill while travelling to İstanbul, from where he would fly to New York to attend the UN General Assembly, and has been hospitalized in Turkey, media reports said on Tuesday.

The 60-year-old Atambayev was travelling to İstanbul on his official plane on Monday night when he began to experience chest pains. His plane landed at İstanbul Atatürk Airport, where he rested in the state guesthouse.

Atambayev was reportedly able to debark from the plane thanks to assistance from Kyrgyz Consulate officials.

The Kyrgyz president later underwent a medical examination and was placed under medical supervision. He was subsequently flown to the Aegean region for further treatment.

Kyrgyz Foreign Minister Abdyldaev Erlan Bekeshovich is to represent the country at the UN General Assembly instead of Atambayev.