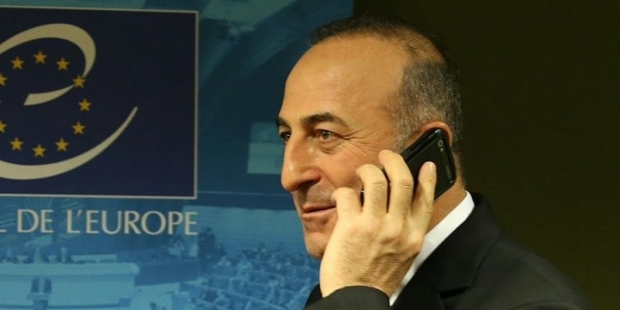 Human resources department of Turkey’s Foreign Ministry has issued a circular asking ministry personnel in Turkey and across the world to return missed phone calls when calls by the foreign minister have for many times gone unreturned, Cumhuriyet daily reported on Tuesday.

The circular which was reportedly issued and sent to Turkey’s foreign missions in late August after some ministry personnel failed to return to calls by Foreign Minister Mevlüt Çavuşoğlu.
“Especially our citizens abroad try to reach our personnel by mobile phone in emergency situations. In consideration of this, Mr. Minister has ordered all our personnel to be sensitive about answering all calls or returning missed calls,” the circular said.

Çavuşoğlu has been calling diplomats for different reasons including birthday congratulations.

According to Cumhuriyet’s report, in one instance when Çavuşoğlu called one of the diplomats from his mobile phone at midnight to congratulate him for his birthday and introduced himself as the foreign minister, the diplomat did not believe him and said: “Yeah I am the Prime Minister.”