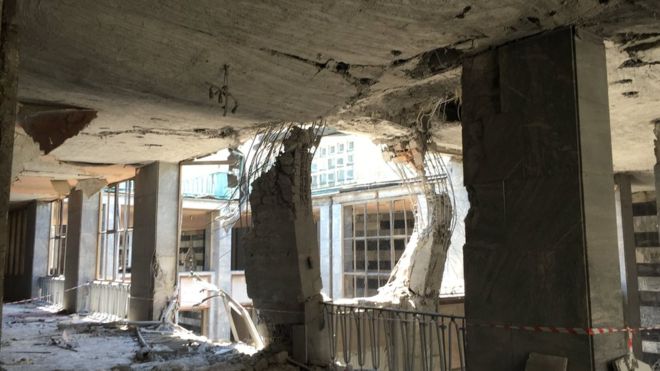 Main opposition Republican People’s Party (CHP) leader Kemal Kılıçdaroğlu has called on the Turkish government to remove the wreckage in the Parliament building caused by bombings carried out by coup plotters during Turkey’s failed coup attempt in July, saying that keeping the wreckage there paints a weak picture of Turkey.

Turkey survived a military coup attempt on July 15 that killed over 240 people and wounded more than a thousand others. The Parliament building was among the structures attacked by the coup plotters.

The government refused to repair the damaged sections of the building and had taken visiting foreign officials to see them in an attempt to demonstrate the violence of the coup attempt.

However, Turkey’s main opposition leader thinks keeping the wreckage in Parliament caused by the bombings of July 15 has the potential to weaken the country’s image.

In remarks that appeared in the Cumhuriyet daily on Tuesday, Kılıçdaroğlu said: ”Repair the damaged parts of Parliament immediately. You cannot tell the world about the coup through the wreckage in the Parliament. To the contrary, you are painting a picture of weakness.”

The CHP leader also recalled that the US immediately removed the wreckage of the Twin Towers following the Sept. 11 attacks and that nobody saw the dead bodies of the victims there, while Turkey is doing the opposite.