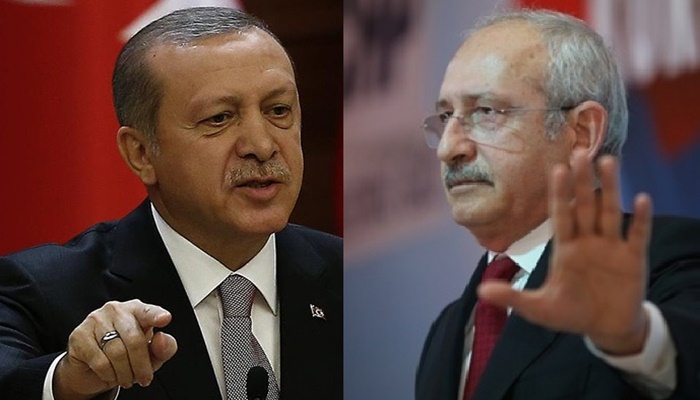 Amid widespread criticism of rights violations during Turkey’s emergency rule, which went into effect in the aftermath of a failed coup attempt on July 15, President Recep Tayyip Erdoğan has said Turkey could extend the duration of emergency rule for another three months.

Speaking to Reuters on Monday on the sidelines of the annual gathering of world leaders at the United Nations, Erdoğan said: “It can be extended for three months or one month or even more … Gülen’s people have infiltrated everywhere … we will continue to identify and arrest the plotters … extending the state of emergency will help this process.”

Critics say extending the state of emergency will give Erdoğan a freer hand to limit or suspend freedoms and bypass Parliament as well as taking swift measures against his opponents.

Turkey’s Justice and Development Party (AKP) government, which launched a war against the Gülen movement following the eruption of a corruption scandal in late 2013 in which senior government members were implicated, carried its ongoing crackdown on the movement and its sympathizers to a new level after a failed coup attempt on July 15 which killed 240 people and injured a thousand of others.

Although the movement strongly denies having any role in the corruption probe and the coup attempt, the government and President Erdoğan accuse it of having masterminded both despite the lack of any tangible evidence.

The Turkish government has so far cracked down on schools, media and businesses run by the Gülen movement since the July coup. Turkey has sacked or suspended more than 100,000 soldiers, police officers and civil servants since the failed coup on suspicion of links to the movement. At least 40,000 have been detained.

Some of Turkey’s Western allies and human rights groups have accused Erdoğan of using the putsch and the purge that has followed to suppress any opposition.

In the meantime, leader of main opposition Republican People’s Party (CHP) Kemal Kılıçdaroğlu called on the government not to extend the duration of emergency rule any longer, in remarks that appeared in the Cumhuriyet daily on Tuesday.

Kılıçdaroğlu stated that government officials had said emergency rule could be abolished in less than three months when it was first declared, but now they keep talking about extending it for another three months.
“Such a move would be very wrong. Parliament is going to go into session again. When Parliament is in session, having emergency rule in the country is not a democratic attitude,” said Kılıçdaroğlu.