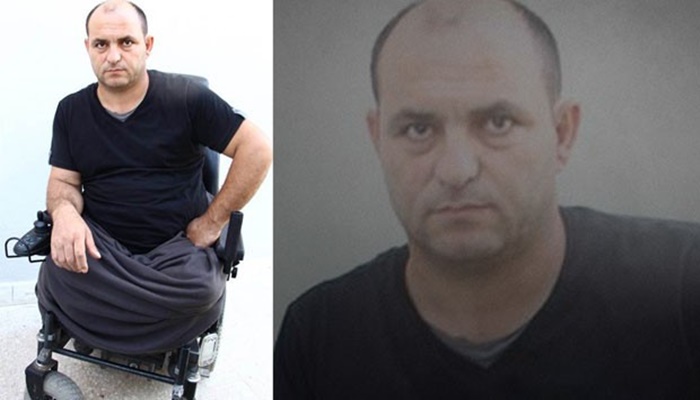 A Kırıkkale man who lost both legs in a Kurdistan Workers’ Party (PKK) attack while doing his military service in the eastern province of Bingöl has been sacked from a state institution after authorities discovered that private colleges linked to the Gülen movement had granted scholarships to his children.

The movement stands accused of orchestrating a July 15 coup attempt in Turkey despite its repeated denials. The government, meanwhile, is conducting an ever-growing witch-hunt against any individual suspected of being linked to the movement.

Harun İpek, a 41-year-old father of four, lost both legs after stepping on a mine planted by the terrorist PKK in 2001. He was working as a civil servant at the Kırıkkale branch of the Directorate of Nature Conservation and National Parks until he was fired.

“My children used to be proud of being children of a veteran. Now they are seen as infidels. … I have not been told the underlying reason [for my removal]. Due to reasons beyond my control, I sent my children to such schools for seven years under a freely granted veteran quota,” İpek said.

More than 100,000 people have been either sacked or suspended from state institutions over their alleged links to the movement to date. (Turkey Purge)