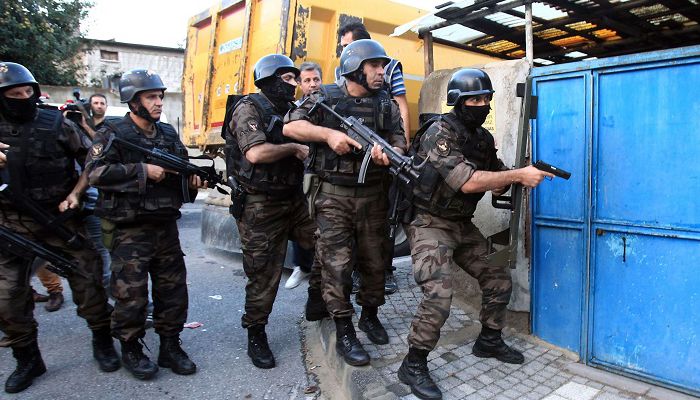 Turkish police detained 40 foreign nationals over their suspected links to the terrorist Islamic State in Iraq and the Levant (ISIL) in raids in İstanbul on Sunday.

Suspects from Afghanistan, Iran, Iraq and Azerbaijan were detained in police raids on 23 locations in İstanbul’s conservative Fatih district. Some of the detainees are identified as having gone several times to conflict areas inside Syria.

Since July 2015, at least seven suspected suicide bombings have been carried out by ISIL across Turkey, killing more than 250 people.