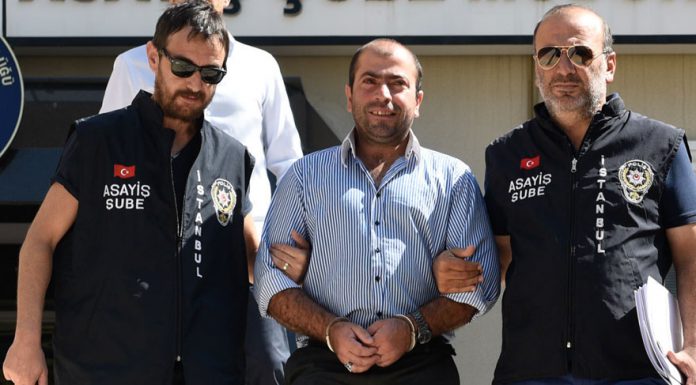 A court in İstanbul has arrested Abdullah Çakıroğlu, who attacked a young nurse, Ayşegül Terzi, on a bus in İstanbul’s Maslak neighborhood last week due to the woman’s clothing.

Çakıroğlu, who was briefly detained on Saturday for attacking a young nurse on an İstanbul bus because the woman was wearing shorts, was referred to court for arrest on Monday after he was again taken into custody due to the public outrage sparked by his release.

Çakıroğlu was first detained on Saturday and released on Sunday in a development that attracted huge criticism, particularly on social media.

He spoke to reporters as he was being taken to the courthouse on Sunday and in an effort to defend himself said he was attacked by thugs.

“Everything is under control. There is no problem, I will make the necessary statements. I was attacked by thugs. Around 20 left-wing terrorists attacked me. Everything [that happened on the bus] was in line with Islamic law,” he said.

The second detention order for Çakıroğlu was issued on charges of breeding hatred and enmity in the public and interfering in the lifestyle choices of a person resulting from their beliefs, thoughts or views.

Çakıroğlu was detained at his home in İstanbul’s Çekmeköy neighborhood on Monday morning.

“The shorts she was wearing were not appropriate for the setting. So I got angry and attacked her,” he reportedly told the police.

A look at Çakıroğlu’s Facebook page shows he liked a Facebook post and shared it from his page which says, “A woman who goes out leaving her body exposed is my wife.”

On Çakıroğlu’s Facebook page there are also posts from a Facebook page named “Erdoğan Volunteers,” a reference to Turkey’s President Recep Tayyip Erdoğan.

Twenty-three-year-old nurse Terzi told Turkish newspapers and TV stations that on Sept. 12, the first day of Eid al-Adha, on the way home from her shift at a hospital in İstanbul, an unidentified man on the bus kicked her. She said that because of her earphones she did not hear what the man said before he suddenly kicked her in the face, but a passenger next to her told that the attacker shouted “These woman are evil and spread bad fortune,” and uttered disparaging remarks.

Çakıroğlu’s brother reportedly told police his brother suffers from schizophrenia and that doctors told him to undergo treatment, but said he refuses to seek help.