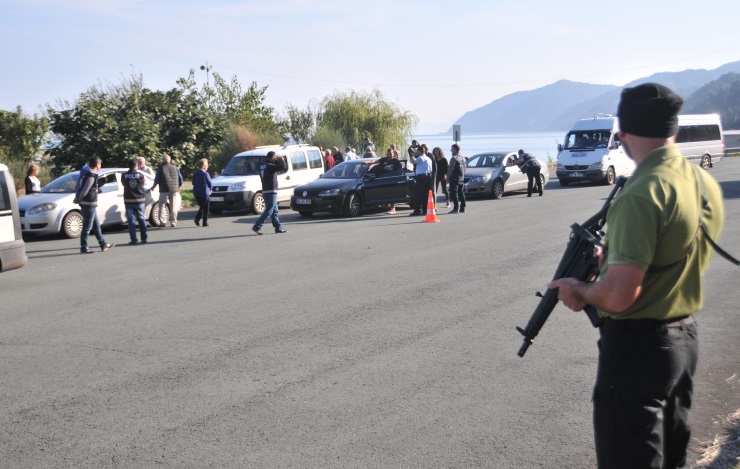 Lawyers representing 751 people who filed a lawsuit for cancellation of the building of a mining complex in Artvin’s Cerattepe district demanded the recusal of the panel of judges at the Rize court on Monday, voicing concerns about their independence due to the emergency rule currently in effect in Turkey.

The lawyers subsequently left the courtroom in protest of measures taken based on the emergency rule declared in the aftermath of a failed military coup attempt on July 15.

The Cerattepe lawsuit, considered to be Turkey’s largest environmental case, was expected to be concluded on Monday. Massive demonstrations took place in February to protest the building by Cengiz Holding of the mine complex in an ecologically pristine area in Cerattepe.

In 2013, the Green Artvin Association filed a lawsuit for cancellation of the environmental impact assessment of the mining project that had been previously approved. The court said the company that intended to construct the complex still had to make some adjustment to the project.

A new environmental impact assessment was approved by the court in June 2015.

The Green Artvin Association again filed a lawsuit for cancellation of the second assessment as there are widespread fears that the mining project will inflict huge environmental damage to Cerattepe and lead to the destruction of thousands of trees.

In a move that is apparently aimed at preventing environmental protests over the building of the mine complex in Cerattepe, the Artvin Governor’s Office on Sunday announced that all types of protest activities were banned in the province until Oct. 19.

Releasing a press statement, the Artvin Governor’s Office said all types of protest activities including marches, the issuing of press statements, demonstrations, the erecting of tents and stands, the holding of sit-ins and carrying banners and placards are prohibited between Sept.19 and Oct.19, 2016 with an aim to preserving public order and citizens’ rights and freedoms and out of fear of acts of violence before and after such activities.

The governor’s office’s made this decision based on the emergency rule.

The Justice and Development Party (AKP) government is receiving harsh criticism for capitalizing on the emergency rule to silence dissent in the country.

Republican People’s Party (CHP) Deputy Chairman Seyit Torun, who attended the Cerattepe hearing at the Rize court on Monday, told reporters that the AKP government is imposing pressure on the court to rule in favor of the mine project thanks to government decrees issued during emergency rule.

He accused the AKP of staging its own coup.

Artvin locals who wanted to attend Monday’s hearing had to undergo a detailed security check on their way to Rize.