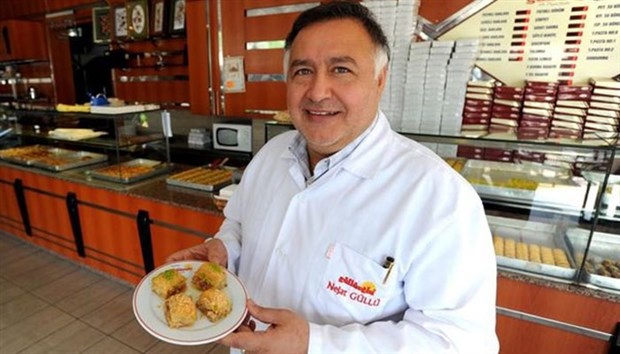 An İstanbul court on Monday issued an arrest warrant on charges of membership in a terrorist organization for famous baklava seller Nejat Güllü after a prosecutor objected to his previous release.

Nejat Güllü, who was detained and released in past weeks, is one of two brothers who run famous baklava chain Güllüoğlu. His brother Faruk Güllü has already been arrested for alleged membership in “FETÖ,” an acronym the government coined in a political vendetta to label the peaceful Gülen movement as a terrorist organization.