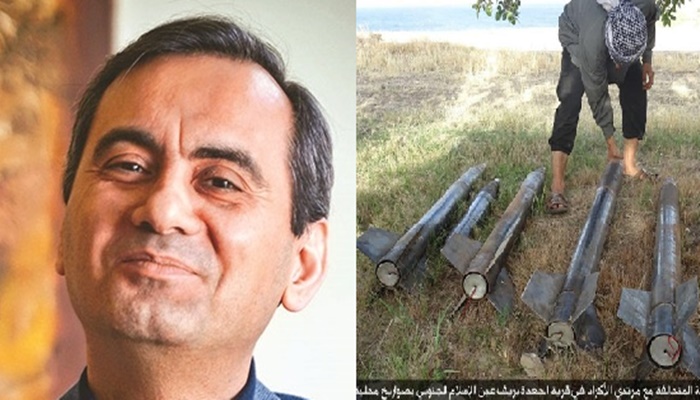 According to a lengthy news story by Nafeez Ahmed based on the arguments of a resigne Turkish police chief, Turkey deliberately supported Islamic State in Iraq and Syria (ISIL) fighters, sent arms to them under cover of humanitarian aid and sold its oil in cooperation with the Kurdistan Regional Government (KRG) in northern Iraq. Following his accusations, the police chief’s 19-year-old son was arrested in a post-coup witch-hunt in Turkey.

The article, which appeared on Medium’s INSURGE INTELLIGENCE, covers a detailed interview with Ahmet Sait Yayla, who was chief of the counterterrorism and operations division of the Turkish National Police between 2010 and 2012, before serving as chief of the Public Order and Crime Prevention Division until 2014.

“Turkey is supporting Islamic State and other jihadist groups,” said Yayla in a previous interview with Ahmed after he launched his book, “ISIS Defectors: Inside Stories of the Terrorist Caliphate,” co-authored with Professor Anne Speckhard, a NATO and Pentagon consultant specializing in the psychology of radicalization.

Yayla believes he is being punished for revealing the facts about President Recep Tayyip Erdoğan’s deliberate sponsorship of ISIS as a geopolitical tool to expand Turkey’s regional influence and sideline his political opponents at home, as stated in the Medium report.

Despite considerable risk to his family left in Turkey, Yayla continues to speak out: “I know this firstly as a former chief of Turkish national police and what I experienced there, which is the reason I ended up leaving the police. And secondly, due to former ISIS terrorists whom I have interviewed as part of my research into the jihadist phenomenon  — many of whom say that ISIS enjoys official Turkish support.”

According to Yayla, not only did ISIS fighters receive medical treatment and protection in Turkey, but under the cover of humanitarian aid through the Humanitarian Aid Foundation (IHH) Turkey provided weapons to ISIS. “I was indirectly involved early on in the counter-terrorism investigations into IHH,” said Yayla.

“The leader of the IHH was arrested as a result of these investigations at the time, due to the evidence we had obtained that the group is behind much of the support to ISIS. IHH have provided weapons and ammunition to many jihadist groups in Syria, not just ISIS.”

The IHH’s chief benefactor in the Turkish government was Hakan Fidan, currently Turkey’s head of intelligence, who headed up the Turkish Cooperation and Development Agency (TIKA) from 2003 to 2007, according to Yayla.

Says Yayla, Fidan was a prime suspect in a series of terrorism attacks in the 1990s, when Yayla worked as a police officer in Ankara. The attacks involved targeted assassinations of left-wing Turkish intellectuals affiliated with the Cumhuriyet newspaper in the form of car bombings and exploding parcels. The victims included journalist Uğur Mumcu, women’s rights activist Bahriye Üçok and intellectual Ahmet Taner Kışlalı.

To support claims in the international media that Turkey helps ISIS smuggle oil, Yayla says that “[t]he main route to get the oil out of ISIS territory is through northern Iraq.” “ISIS oil is transported by truck and mixed in with northern Iraq oil. This is why the KRG and Erdogan are buddies.”

Amid these strong allegations, Yayla testified last week at a US congressional hearing, which led the pro-government media in Turkey to label him a “Gülenist,” a pejorative term to discredit any critic of the government in Turkey.

Yayla’s son was arrested following the foiled coup of July 15. “The charge is having a one dollar bill in his backpack, a sign he is accused of being among the coup supporters. He is 19, first year college student, does not have anything to do with anyone or with any coupists, but it is only to get revenge on me because I am screaming the facts and Erdogan does not like it,” Yayla told Ahmed in their correspondence.

According to Yayla, since lawyers are also frightened, he is not able to find an attorney to defend his son.

The full report, first published on Medium, can be found via this link .