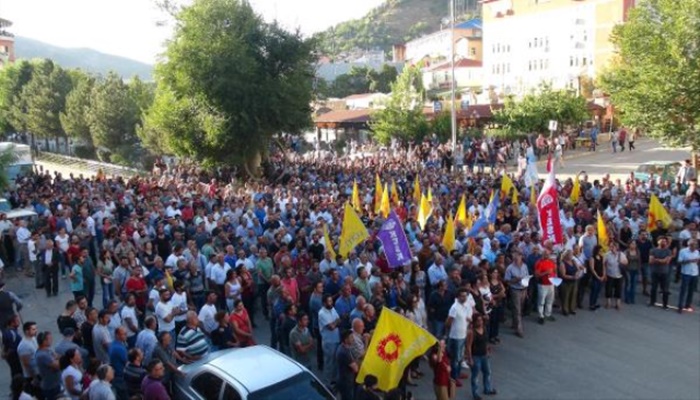 Four-hundred nineteen of 504 teachers in Tunceli province who were suspended for alleged links to the outlawed Kurdistan Workers’ Party (PKK), part of a government-led witch-hunt following a July 15 coup attempt in Turkey, were allowed to return to their jobs on Friday.

According to a statement from the Education Ministry, teachers who were restored to their positions will be at work on Sept. 19, the beginning of the new school year in Turkey. Eighty-five teachers will continue to be under suspension.

On Sept. 8, the Education Ministry suspended 11,285 teachers for supporting the PKK. It is also reported that the number of teachers suspended is expected to rise to 14,000 after an investigation is completed with contributions from local governors’ offices.

President Recep Tayyip Erdoğan and the Justice and Development Party (AKP) government were already pursuing a witch-hunt against people sympathetic to Turkish Islamic scholar Fethullah Gülen after corruption investigations that emerged on Dec. 17-25, 2013. The process turned into an all-out war against Gülen sympathizers following the coup attempt in July.

In accordance with a state of emergency decree published on Sept. 1, 50,589 civil servants, including 28,163 from the Education Ministry — most of them teachers — were dismissed.