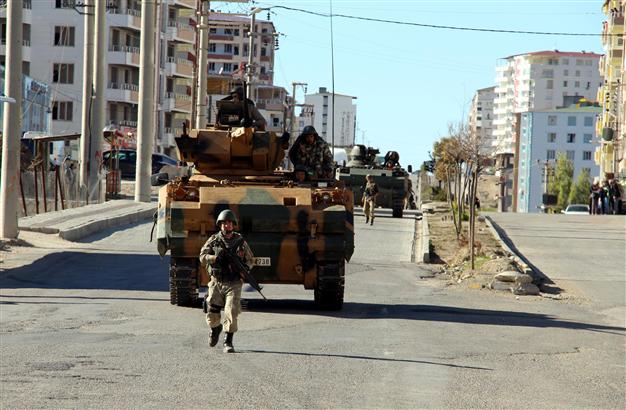 The Diyarbakır Governor’s Office has imposed a curfew on 13 neighborhoods in the Lice, Hani and Kocaköy districts, a statement from the governor’s office has said.

The statement said the curfew was imposed due to an operation to be launched against terrorist Kurdistan Workers’ Party (PKK) militants operating in the region and that it was aimed at protecting the lives and property of locals.

The governor’s office said the curfew went into force as of 5 a.m. on Friday and would remain in place until a second announcement is made.

The PKK, designated a terrorist group by Turkey, the US and the EU, launched an insurgency in 1984, with more than 40,000 people killed in the conflict, now at its most intense level in two decades.