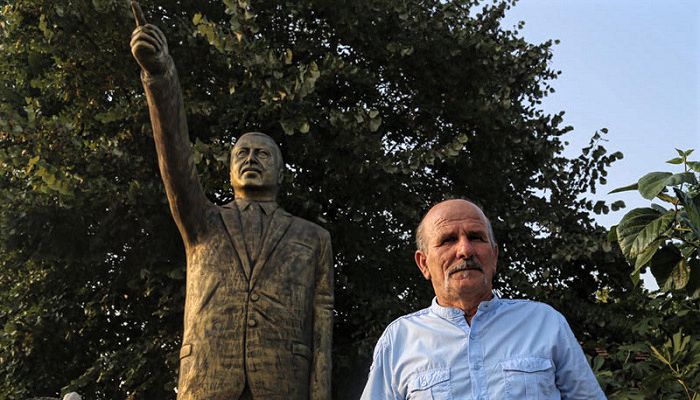 Nuh Açın, a sculptor in the Kartepe district of Kocaeli province, has put on display a four-meter-high statue of Turkish President Recep Tayyip Erdoğan in front of his studio after his efforts to reach to the municipality that ordered the sculpture remain unsuccessful.

Annoyed with the municipality, which he declined to name, Açın told the Doğan news agency that he worked on the statue for more than a month. Açın said the order for the sculpture was given by the municipality two-and-a-half months ago. “Things went wrong after the [failed] coup, and nobody [from the municipality] returned my calls to deliver the statue,” he added.

“Passersby take selfies with the Erdoğan statue, weighing two tons and with the right forefinger pointed up, and people come to see it. However, nobody comes to buy it,” Açın said.