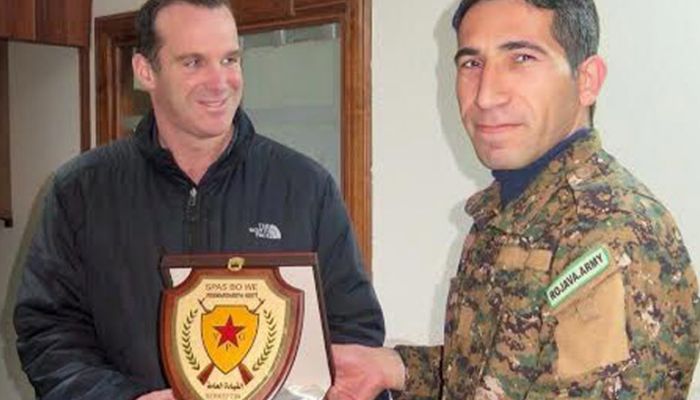 According to local sources, McGurk visited both Kobani and al-Hasakah in northern Syria and also met with officials from the Rojava Self-Administration and SDF leadership, the Syrian Observatory for Human Rights (SOHR) confirmed.

McGurk’s visit comes as US support for the SDF has come into question after the Turkish army launched Operation Euphrates Shield to clear ISIL from the border and to stop Kurdish advances west of the Euphrates River. The SDF’s armed forces mainly comprise fighters from the Kurdish People’s Protection Units (YPG), which is considered a terrorist group by Turkey due to its links with the Kurdistan Workers’ Party (PKK).

According to the State Department spokesperson, McGurk promised ongoing US support for the SDF in the fight against ISIL while emphasizing the need for strict adherence to prior commitments. He also referred to an agreement between Washington and Ankara that Kurdish forces would retreat to the east bank of the Euphrates at the conclusion of the operation to liberate the northern Syrian town of Manbij.

The State Department spokesperson confirmed that McGurk also met with Turkish officials last week. They discussed Turkey’s Euphrates Shield operation and the US support for it, as well as planning for the Mosul campaign in Iraq to accelerate ISIL’s ultimate defeat. “In all of his meetings, he encouraged unity of effort and de-confliction between all forces fighting ISIL in northern Syria,” the spokesperson said.