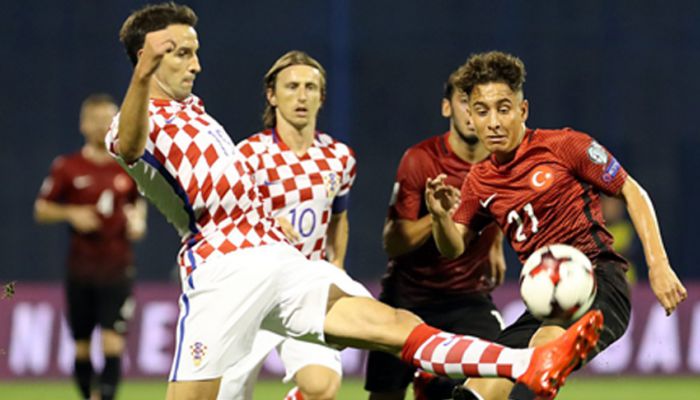 Turkey’s Hakan Çalhanoğlu scored a precious goal against Croatia that gave a point at the start of the 2018 World Cup qualifying matches in European Group I.

The two nations renewed their rivalry with an exciting 1-1 draw in an empty Maksimir Stadium on Monday due to incidents by Croatian fans in the European Championship qualifiers.

But Turkey equalized with Hakan Calhanoglu’s free kick from 25 meters, which was the last kick of the first half in extra time.

Apart from Croatia and Turkey, Group I includes Finland, Iceland, Kosovo and Ukraine.

Croatia pressed forward relentlessly after the break, but the Turks, who famously knocked Croatia out on penalties in the Euro 2008 quarterfinals, held on thanks to strong defending and some saves by keeper Volkan Babacan.

Biden to recognize massacre of Armenians as genocide: reports