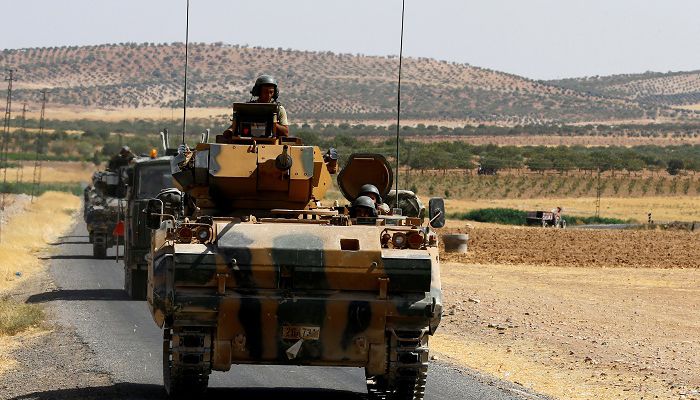 Turkey opened a new line of attack in northern Syria along with its rebel allies in Syria on Saturday, as Turkish tanks rolled across the border and Syrian fighters swept in from the west to take villages held by Islamic State in Iraq and the Levant (ISIL).

Turkey hopes to drive out ISIL militants and check the advance of US-backed Syrian Kurdish fighters by supporting the rebels, mainly Arabs and Turkmen fighting under the loose banner of the Free Syrian Army. Free Syrian Army fighters last week took the frontier town of Jarablus with Turkish support. The operation, called Euphrates Shield, is Ankara’s first full-scale Syrian incursion since the start of the five-year-old war.

Turkish tanks crossed the frontier on Saturday and entered the Syrian rebel-controlled town of al-Rai to support the new offensive. Turkey-backed operation was putting pressure on ISIL from both east and west of a stretch of territory it controls along the border between the towns.