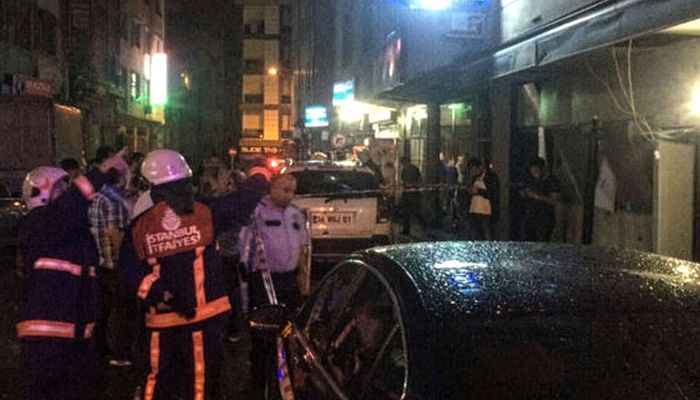 Four people were injured in a suspected bomb explosion outside a bar in İstanbul’s Çağlayan neighborhood in the early hours of Sunday.

Unidentified parties on a motorcycle reportedly threw a bomb at the entry of the bar and fled the scene. The bomb caused damage to the building and left four people slightly injured.

According to Refik T., a worker at MekAn, which was targeted by the attack, two masked men approached the entrance of the bar and threw a plastic bag at the gate. A strong explosion took place after the worker took the bag and threw it away.

Police cordoned off the area and launched an investigation in the incident.