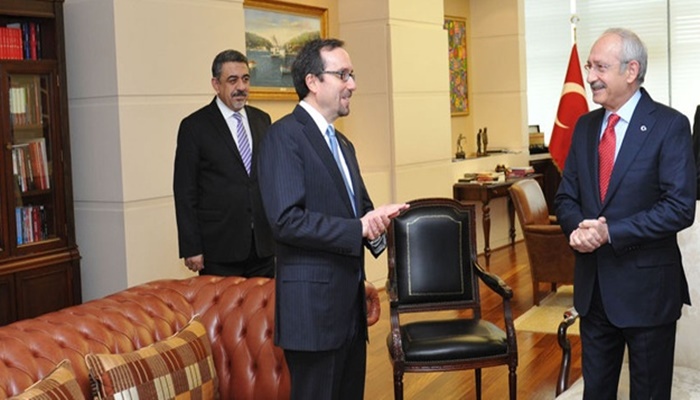 John R. Bass, US ambassador to Turkey, visited Republican People’s Party (CHP) leader Kemal Kılıçdaroğlu on Friday to express hope for his wellbeing after his convoy came under fire on Aug. 25 in Artvin.

State of emergency decrees that were issued following a coup attempt on July 15, the criteria used to purge people in public institutions, judicial independence and a mini constitutional package were the topics of the meeting between Bass and Kılıçdaroğlu, reported the state-run Anadolu news agency.

According to the report, expressing his concern about how some areas that are under the authority of Parliament have been handled by means of decrees, and also mounting accusations that the government has turned the process into a witch-hunt, Kılıçdaroğlu said they might take some of the decrees to the Constitutional Court. The CHP leader also underlined their expectation that the state of emergency should end as soon as possible.

During the meeting Ambassador Bass pointed out the importance of the rule of law and judicial independence, Anadolu reported.