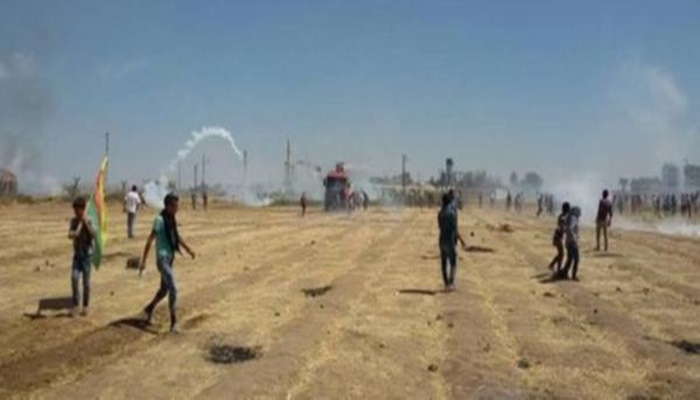 One person was killed on Friday when Turkish soldiers and police fired teargas and used water cannon against protesters on the Syrian border with Turkey at Kobani, Sputnik reported.

Turkey has been constructing a wall for security purposes on the border between Turkey and the Syrian town of Kobani. People from Kobani have been protesting the wall, claiming that it is being constructed on Kobani land. For almost one week residents of Kobani have occupied tents on the border in a vigil against the wall.

One 17-year-old protester was killed by gunfire when Turkish police and soldiers tried to disperse the crowd with tear gas and water cannon. According to local sources 42 were also wounded during the clashes.