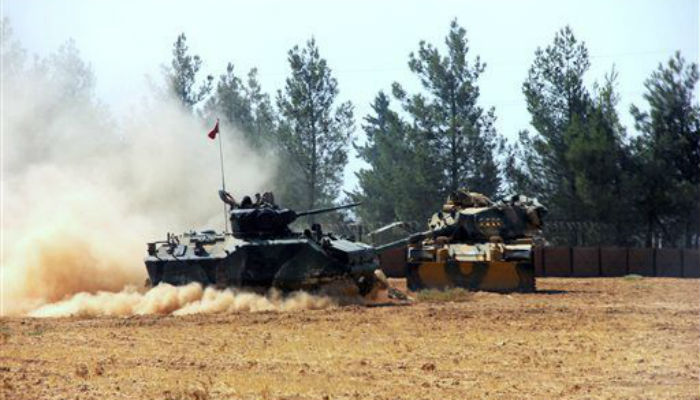 US Vice President Joe Biden has called on Syrian Kurdish forces to pull back across the Euphrates River, telling them they will lose US support if they don’t.

Speaking at a joint news conference with Turkish Prime Minister Binali Yıldırım in Ankara on Wednesday, Biden said: “Kurdish forces cannot and will not get American support if they do not move back across the Euphrates River. Period.”

Biden indirectly expressed support for the Turkish operation launched on Wednesday to clear Islamic State of Iraq and the Levant (ISIL) militants from the town of Jarabulus and deter Kurds from further expanding in northern Syria.

Turkish state-run media says Syrian opposition forces backed by Turkey have reached the “entrance” of Jarabulus, which sits on the last main supply line between ISIL territory and the border.

US-backed Kurdish forces seized the border town of Manbij from ISIL militants earlier this month. Turkey said those fighters should have retreated after clearing it of ISIL.