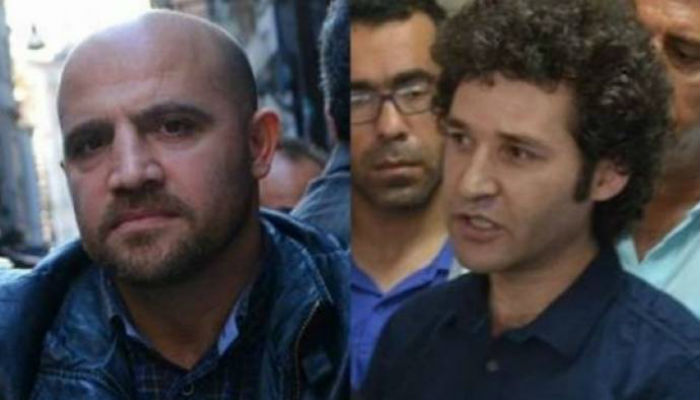 Two journalists from the pro-Kurdish Özgür Gündem newspaper, which was closed temporarily by a court decision last week, were arrested on Monday over charges of “being a member of an armed organization,” and “disrupting the unity and integrity of the state.”

The daily’s editor-in-chief Zana Bilir and managing editor İnan Kızılkaya were arrested by an İstanbul court in a move that raised concerns about the situation of the freedom of the press in Turkey further.

Last Tuesday, a Turkish court ordered the interim closure of Özgür Gündem  for allegedly having links with the terrorist Kurdistan Workers’ Party (PKK) waging a war against the state and spreading “terrorist propaganda” on behalf of them.

The judgment by the İstanbul court accused the paper of “continuously conducting propaganda for the PKK and “acting as if it is a publication of the armed terror organization.”

The PKK, designated a “terrorist” group by Turkey, the European Union and the United States, took up arms against the Turkish state in 1984. More than 40,000 people have been killed in the conflict so far.

Turkey has been in a state of emergency since a faction of soldiers in the Turkish army tried to overthrow the government on July 15.

Scores of media organizations have also been closed in line with the government decrees under the emergency rule.