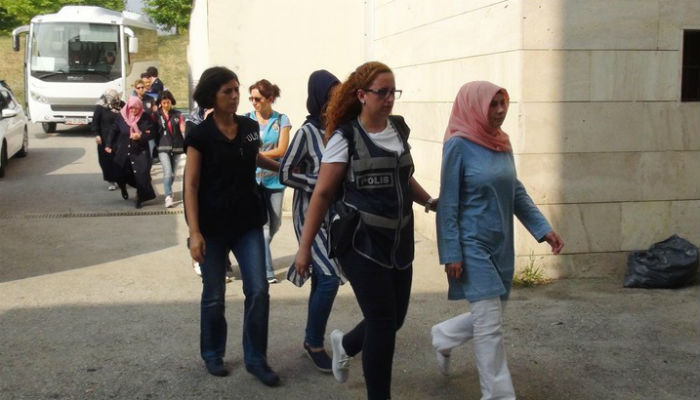 Turkish police on Monday detained 12 relatives of Cevdet Türkyolu, a close name to Turkish-Islamic scholar Fethullah Gülen, in the Black Sea province of Sakarya after they failed to detain Türkyolu himself because he lives abroad.

Sakarya Chief Public Prosecutor’s Office issued an arrest warrant for Türkyolu as part of an investigation into a failed coup attempt on July 15 which according to the Turkish government was masterminded by the faith-based Gülen movement inspired by Fethullah Gülen.

Sakarya police detained 12 relatives of Türkoğlu including his brothers, nephews and other relatives following raids in their addresses where they seized copies of books penned by Gülen.

The Turkish government and President Recep Tayyip Erdoğan have designated the Gülen movement, which runs charities, schools and businesses across the world, as a terrorist organization and has launched a widespread crackdown on suspected members since the failed coup. The government accuses the movement of masterminding the coup attempt although the movement denies any involvement.

Turkish government’s pressure on relatives of individuals who are sought in relation to the coup attempt is reaching new heights every day. The relatives are detained to force those facing an arrest or detention warrant to surrender to police.

Last month, wife of Bülent Korucu, a critical journalist, was detained in the eastern province of Erzurum and she is still being kept as a hostage to force her husband to surrender to police.

Dudu Çakır, 86-year-old mother of Muhammet Çakır, a lawyer wanted for arrest on coup charges, was detained by police on July 29 to force her son to surrender.

Selmet Şükür, father of Turkish international footballer and former deputy Hakan Şükür was detained on August 12 after police failed to find the son in his address. A detention warrant was issued for Hakan Şükür earlier this month, who is accused of being a member of the Gülen movement.