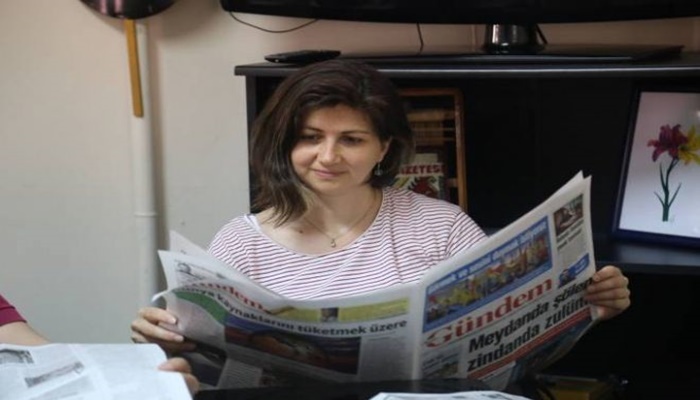 Journalist Tuğba Tekerek who was detained by İstanbul police on Sunday on the grounds that she “insulted” President Recep Tayyip Erdoğan, was released on Monday after she was interrogated by a prosecutor.

Tekerek was detained while she was taking photos for a story she was working on in İstanbul’s Gayrettepe neighborhood over claims that she “insulted” President Erdoğan and other top state officials in her Twitter messages.

The detention of Tekerek, an independent journalist known for her courageous reporting, has attracted huge criticism at a time when critical journalists and media outlets are silenced one after the other.