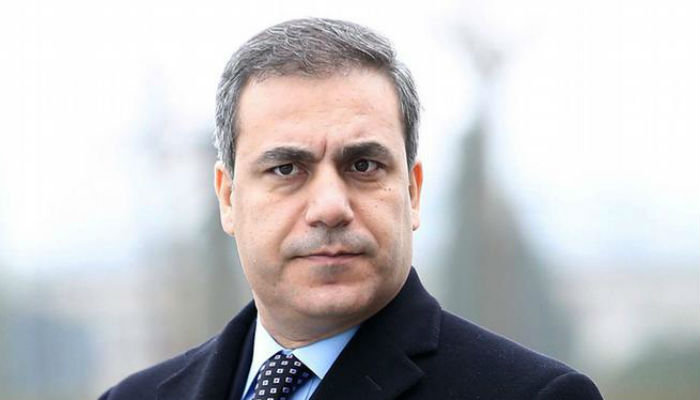 Germans of Turkish origin are being “menaced” in Germany by informants and officers of Turkey’s National Intelligence Organization (MİT), according to a story in the Sunday edition of the Die Welt newspaper.

The newspaper said Bundestag intelligence oversight committee members were demanding answers from German Chancellor Angela Merkel’s government on MİT activities in Germany in the wake of a failed coup attempt in Turkey on July 15.

Ankara had 6,000 MİT informants plus MİT officers in Germany who were putting pressure on German Turks, the newspaper claimed.

Some 3.7 million of Germany’s 81-million-strong population are either German nationals of Turkish origin or Turks who are long-term residents of the Federal Republic.

The Turkish government and President Erdoğan have designated the faith-based Gülen movement, inspired by Gülen and which runs charities, schools and businesses around the world, as a terrorist organization and have launched a widespread crackdown on suspected members since the failed coup.

In a related development German weekly magazine Der Spiegel reported on Saturday that Turkey has asked German intelligence to help in its crackdown on the Gülen movement. The request comes as Turkey accuses the West of not doing enough against schools, charities and businesses tied to the movement.

The Turkish government has asked Germany’s BND intelligence agency to help round up supporters of the Gülen movement, which Ankara accuses of orchestrating last month’s failed coup attempt, Der Spiegel reported on Saturday.

Citing classified documents, Der Spiegel said Turkey’s MİT intelligence agency requested that the BND search for 40 people and extradite another three for links to the Gülen movement, which runs a global network of schools, charities and businesses.

According to Der Spiegel, MİT also asked its German counterpart to influence policymakers and lawmakers to take a tougher stand against the Gülen movement. Turkish diplomats have also reportedly approached 11 German states to request cooperation, but all rejected a demand for the local BND branches to monitor the movement.