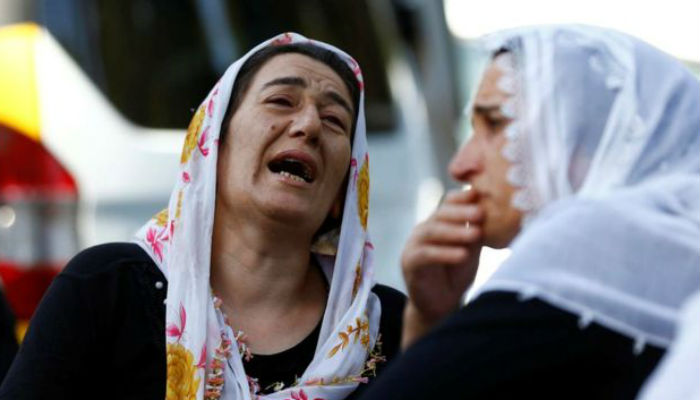 A suicide bomber who attacked an outdoor wedding ceremony in the southeastern Turkish province of Gaziantep on Saturday evening, killing 51 people and injuring dozens of others, was a child aged 12 to 14-year-old, Turkish president announced on Sunday.

President Recep Tayyip Erdoğan said preliminary investigations show the attack had been perpetrated by the Islamic State of Iraq and the Levant (ISIL), adding that it killed a total of 51 people, wounded 69 others 17 of whom are in critical condition.

The bomb went off in a part of town with a large Kurdish community and many Kurds were at the wedding. Ambulances raced to the scene of the attack in the Şahinbey district of Gaziantep and police sealed off the area.

Gaziantep, near the Syrian border, is known to have several ISIL cells.

NATO member Turkey has suffered a string of attacks this year by ISIL militants, who pass relatively easily across the border from neighboring Syria, and the terrorist Kurdistan Workers’ Party (PKK) seeking autonomy or independence.

Three suspected ISIL suicide bombers killed 44 people at İstanbul’s main airport in July, the deadliest in a string of attacks in Turkey this year. Almost 40 people were killed in a suicide bomb attack in Ankara in March that was claimed by a pro-Kurdish group.