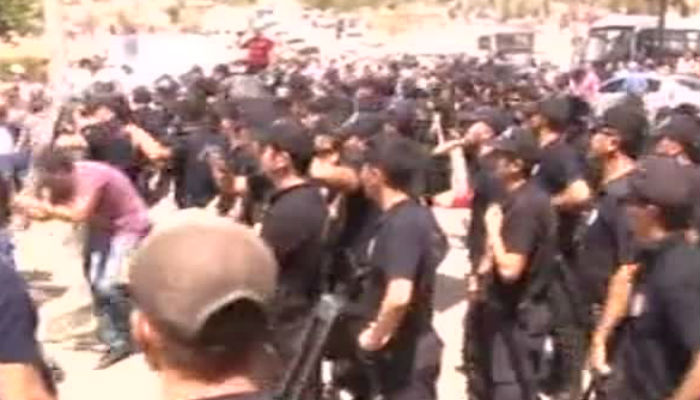 Protestors chanting “murderer Erdoğan” and other anti-government slogans gathered on Sunday afternoon for a mass funeral ceremony for the 41 victims of a suicide attack that rocked the southeastern province of Gaziantep on Saturday evening.

Mourners also reacted against a group of ruling Justice and Development Party (AK Party) deputies and officials including Gaziantep Mayor Fatma Şahin who wanted to attend the ceremony, preventing them from joining the crowds. They had to leave the area amid protests.

In a statement on Sunday, President Recep Tayyip Erdoğan said preliminary investigations show the attack had been perpetrated by the Islamic State of Iraq and the Levant (ISIL), adding that it killed a total of 51 people, wounded 69 others 17 of whom are in critical condition.

The bomb went off in a part of town with a large Kurdish community and many Kurds were at the wedding.

Funeral services were held for the 41 victims of the attack at Yeşilkent cemetery where thousands of mourners gathered chanting “murderer Erdoğan” and other anti-government slogans.

Autopsy procedures were still going on for the remaining 10 victims.

Turkish government has long been criticized for collaborating with ISIL and facilitating the passage of its militants from Turkey’s borders.