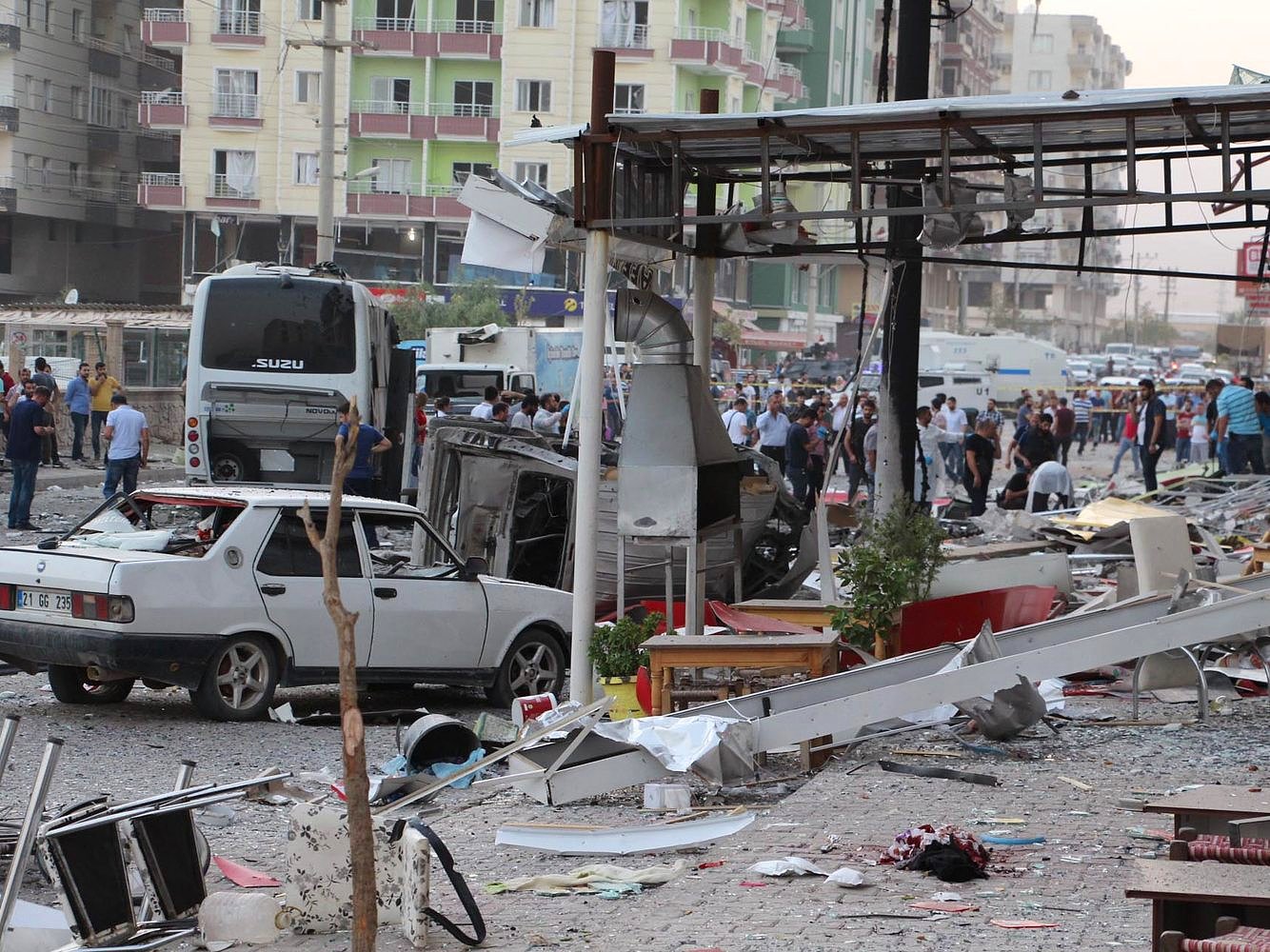 Kurdish PKK rebels have carried out two bomb attacks on police vehicles in the mainly Kurdish south-east of Turkey, killing at least eight people and wounding many more, officials say.

Three died and 25 others were injured in a blast in the town of Kiziltepe.

In Diyarbakir, a car bomb killed at least five civilians and wounded 12 others.

Since then, south-east Turkey has seen its worst violence in 20 years.

The attack in Diyarbakir took place at a security checkpoint at a bridge over the Tigris river.

In Kiziltepe, roadside explosives were detonated by remote control near a hospital.

Earlier, officials said four soldiers had been killed and nine wounded when PKK militants opened fire with rockets and long-range weapons from across the Iraqi border into Turkey’s Sirnak province.