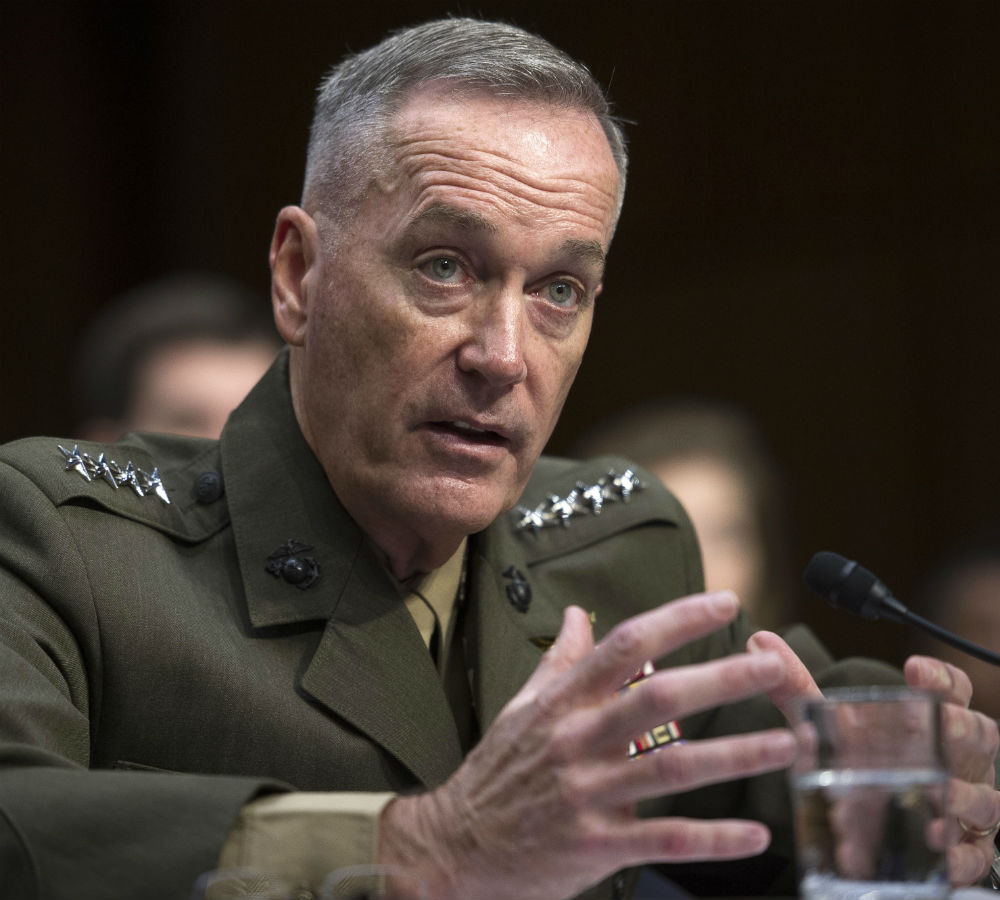 Lawyer Mert Eryılmaz from İstanbul Bar Association has filed a criminal complaint against the United States (US) Joint Chiefs of Staff General Joseph Dunford, accusing him of plotting the recent failed coup attempt in Turkey.

The criminal complaint was also filed against Director of US National Intelligence James Clapper and the US Army General Joseph Votel on charges that include “violation of Turkish Constitution” and “making propaganda of a terrorist organization.”

Eryılmaz filed the complaint accusing US military officials of participating in the July 15 failed coup attempt at the Bakırköy Chief Public Prosecutor’s Office.

The lawyer claimed that Turkey’s İncirlik Air Base in Adana, which is primarily used by the Turkish Air Force as well as the US Air Force, was the place where July 15 “imperialist invasion” was orchestrated.

Stating that there are “more evidence than he could list” that shows the failed coup attempt was plotted at the İncirlik Air Base, Eryılmaz added that Fetullahist Terrorist Organization [FETÖ] members collaborated with high ranking US military officials for the plot.

“It is unthinkable that US armed forces act independently from both the US army chief and the CIA [Central Intelligence Agency]. Therefore, the US Joint Chiefs of Staff General [Joseph Dunford] is directly responsible for the heinous invasion, the attempted coup,” Eryılmaz said in the complaint.

FETÖ is a term used by the government-backed judiciary to frame sympathizers of the Gülen movement, a grassroots social initiative inspired by Turkish Islamic scholar Fethullah Gülen that carries out charitable activities all around the world, including education, distributing humanitarian aid and providing drinking water especially in African countries.

President Recep Tayyip Erdoğan has accussed the Gülen movement of being behind the coup attempt and demanded extradition of Gülen from the US. Thousands of public servants, judges, prosecutors and journalists were detained by the Turkish police for allegedly having links to the Gülen movement.