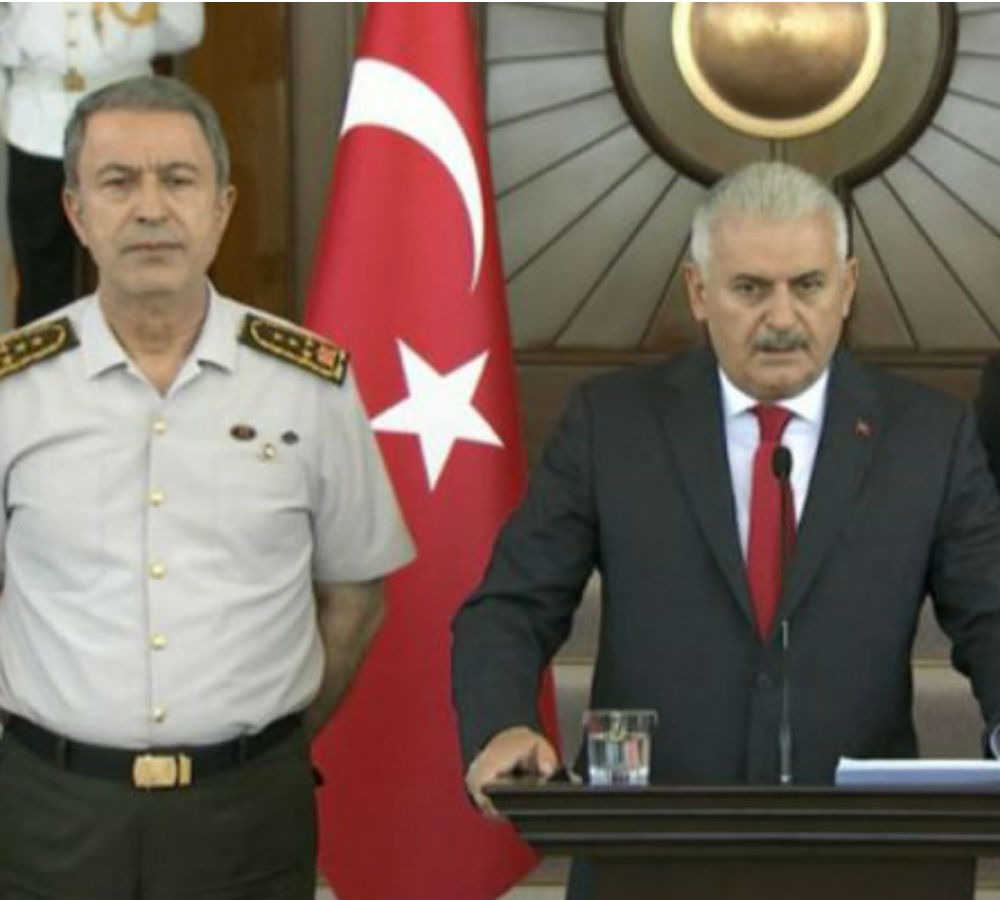 Prime Minister Binali Yıldırım implied in his speech on Saturday that capital punishment might be included in the Turkish law following a group of soldiers attempted a military coup on Friday night, as he said that the Parliament will work on necessary legislation.

Yıldırım held a press conference at the Çankaya mansion, along with recently saved Chief of General Staff Hulusi Akar, Ministry of Interior Efkan Ala, Ministry of Justice Bekir Bozdağ and Ministry of Defense Fikri Işık.

In response to a question, Yıldırım said “Capital punishment was removed from the Turkish Constitution. The great Parliament will be summoned today and we will work together on legislation necessary for keeping this country away from this kind of insanity.”

According to Yıldırım, 161 people, including soldiers and police, were killed and 1,440 others were injured, while 2,839 soldiers were detained so far.