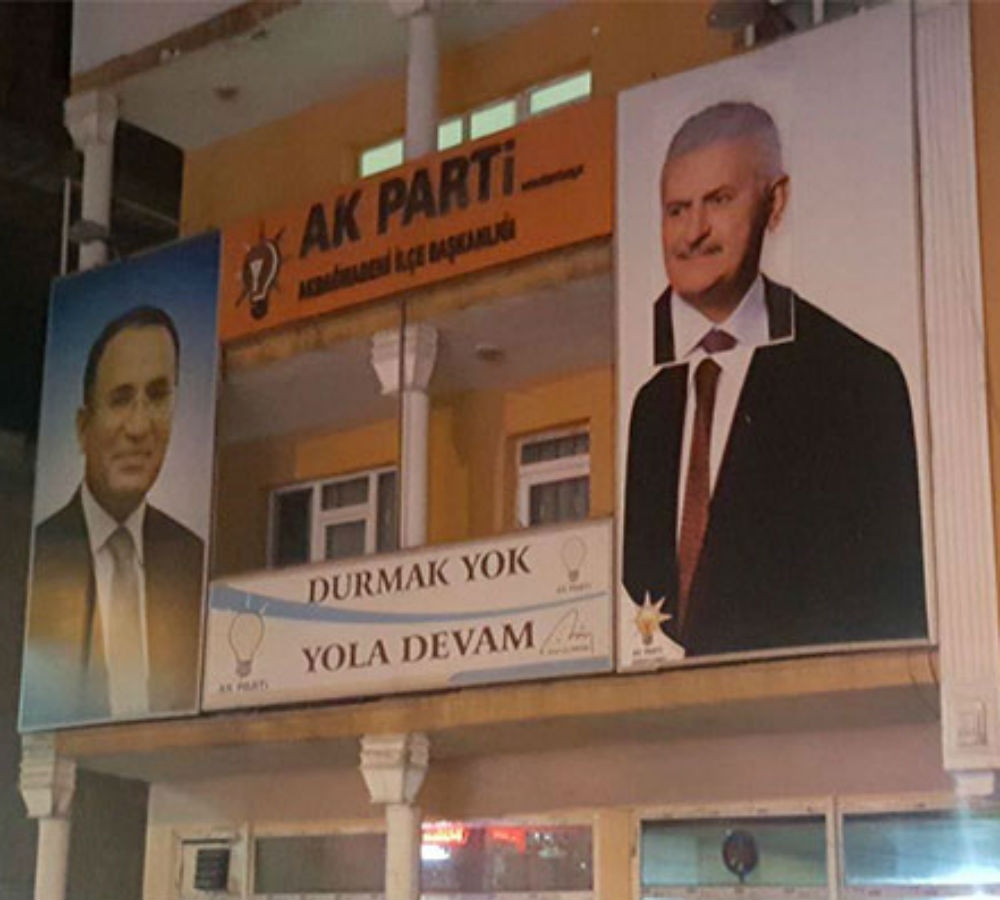 A Justice and Development Party (AK Party) district organization in Yozgat province replaced the photo of former-Prime Minister Ahmet Davuoğlu, which was on the front wall of the organization building, with a photo of current AK Party chairman and PM Binali Yıldırım, drawing huge criticism from social media users.

The photo on front wall of Akdağmadeni district organization building was especially criticized because only the head part of Davutoğlu’s photo was replaced with Yıldırım’s while the rest of it — Davutoğlu’s body – remained.

Currently, photos of Justice Minister Bekir Bozdağ and PM Yıldırım covers the building, as they were before the recent alteration.