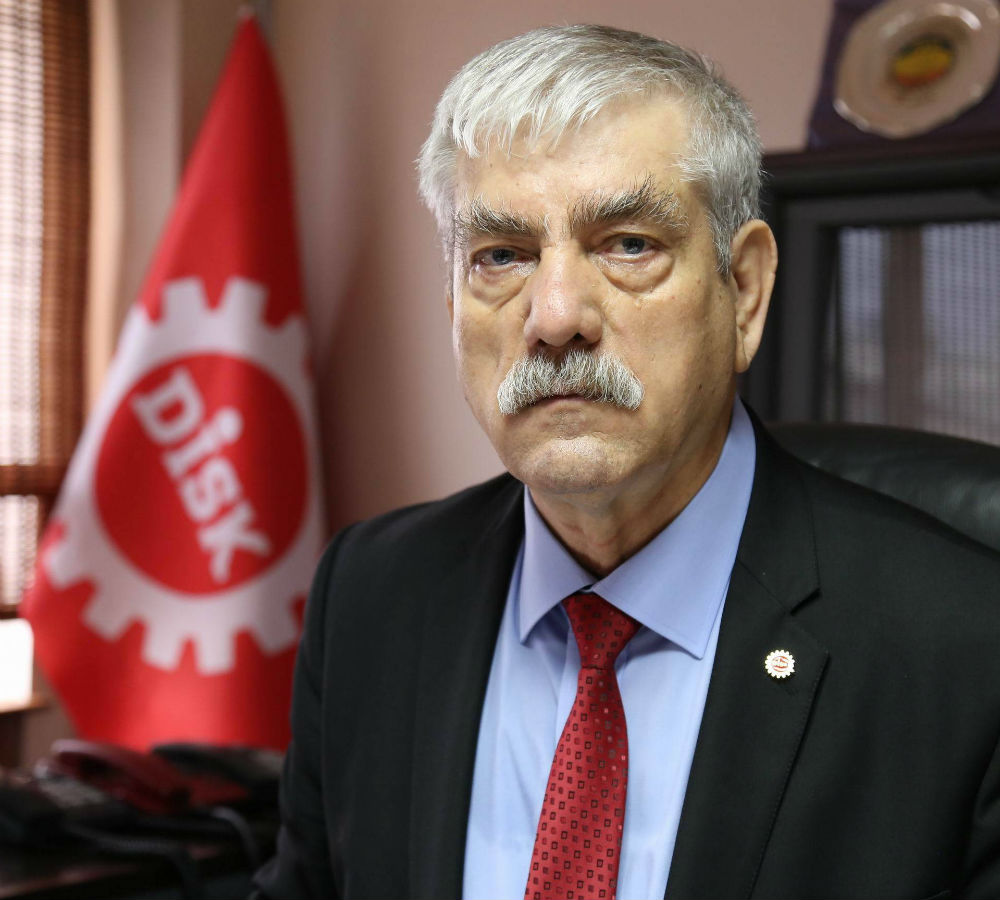 The Confederation of Revolutionary Workers’ Unions (DİSK) released a statement on its website on Wednesday, emphasizing that the Justice and Development Party’s (AK Party) failure to take political responsibility for the suicide attacks that take place in Turkey is unacceptable.

“294 people were killed in bomb attacks taking place in Turkey in one year: That’s enough! We are sick and tired of just condemning the attack, wishing God’s mercy upon the victims and conveying condolences to their families after every single attack,” Kani Beko, the head of the DİSK, said in the statement.

It is argued in the statement that Turkey’s life safety is destroyed because of the wrong policies pursued persistently in the Middle East.

“It’s impossible to get used to this! … We must make a big fuss about it when we are left with choices of dying while working, dying in a war and dying in massacres! We do not have the luxury to say ‘let sleeping dogs lie’ when Turkey has turned into a country of massacres,” the statement also said.

DİSK statement added that we must call the government to account for its war policies and say ‘stop’ to its policies of oppression that aim at making the country a safe place just for itself by eliminating the political opposition when massacres take place in the country.

“We must call the authority into account for its statements of ‘there are no security weaknesses’ given automatically and immediately after the attack. … We will purposely continue our fight to make people live against oppression, war and terror,” the statement finally said.

The statement of DİSK came after a suicide bomb attack claimed lives of 41 and injured 239 more at İstanbul’s Atatürk Airport around 10 p.m on Tuesday night. No one from the ruling AK Party government has resigned over the terror attack yet.