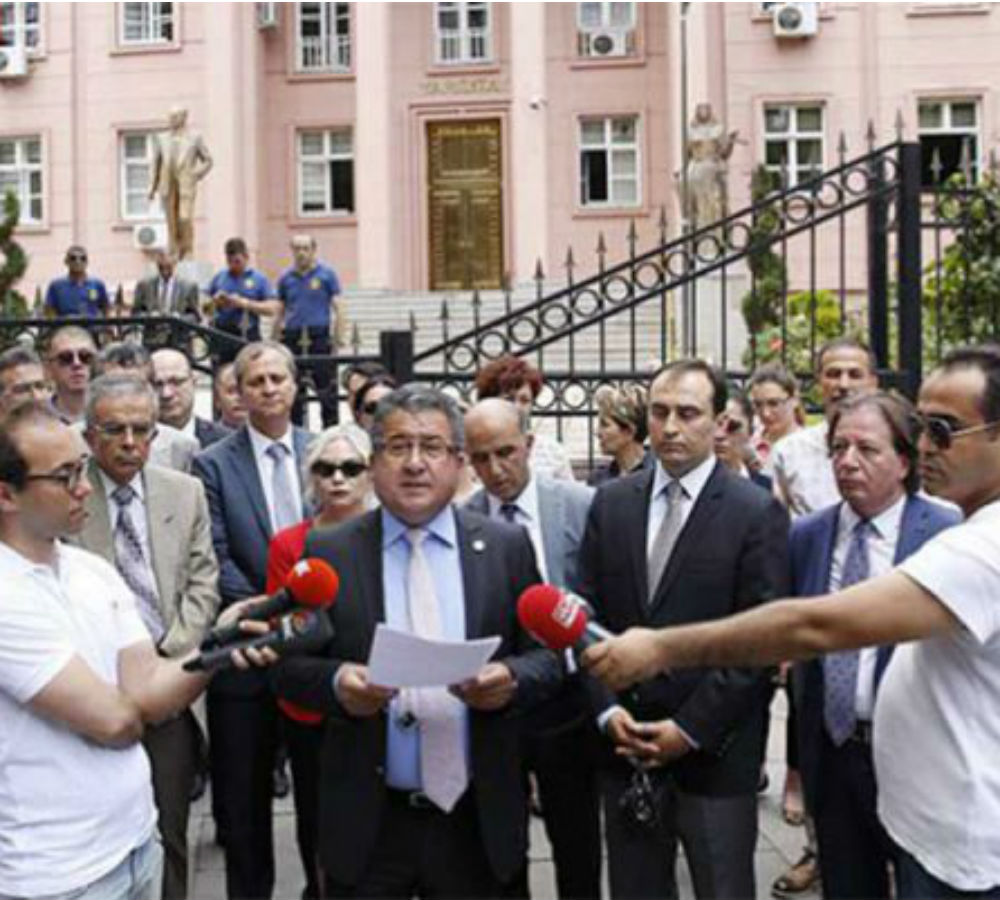 The two unions called on all judicial associations, bar associations, nongovernmental organizations, judges and prosecutors to speak up against the draft bill and the authoritarian one-man regime it leads to, in reference to President Recep Tayyip Erdoğan.

Mustafa Karadağ, the president of Union of Judges delivered the joint statement on behalf of both unions. Karadağ said that the government is intending to end supreme court membership of judges and prosecutors with a law, while it is the most secured job in the country. Karadağ noted that the planned move is openly contradicting the Constitution.

According to Karadağ, the government is not authorized to draft a bill that stipulates dismissal of supreme court judges. “Judicial independence is assurance of people’s right to access justice, fair trial and rule of law,” Karadağ said.
The new draft bill introducing amendments to the laws on the foundation and inner workings of the Supreme Court of Appeals and the Council of State was recently submitted to Parliament for approval, raising concerns that the government will have more power over the judiciary.

Metin Feyzioğlu — the head of the Union of Turkish Bar Associations (TBB) –, Murat Arslan — the president of the Union of Judges and Prosecutors (YARSAV) – and Professor Sami Selçuk — the Honorary President of the Supreme Court of Appeals – also responded harshly to the newly drafted bill, arguing that it is an attempt to refurnish the top judiciary with pro-government judges and prosecutors.