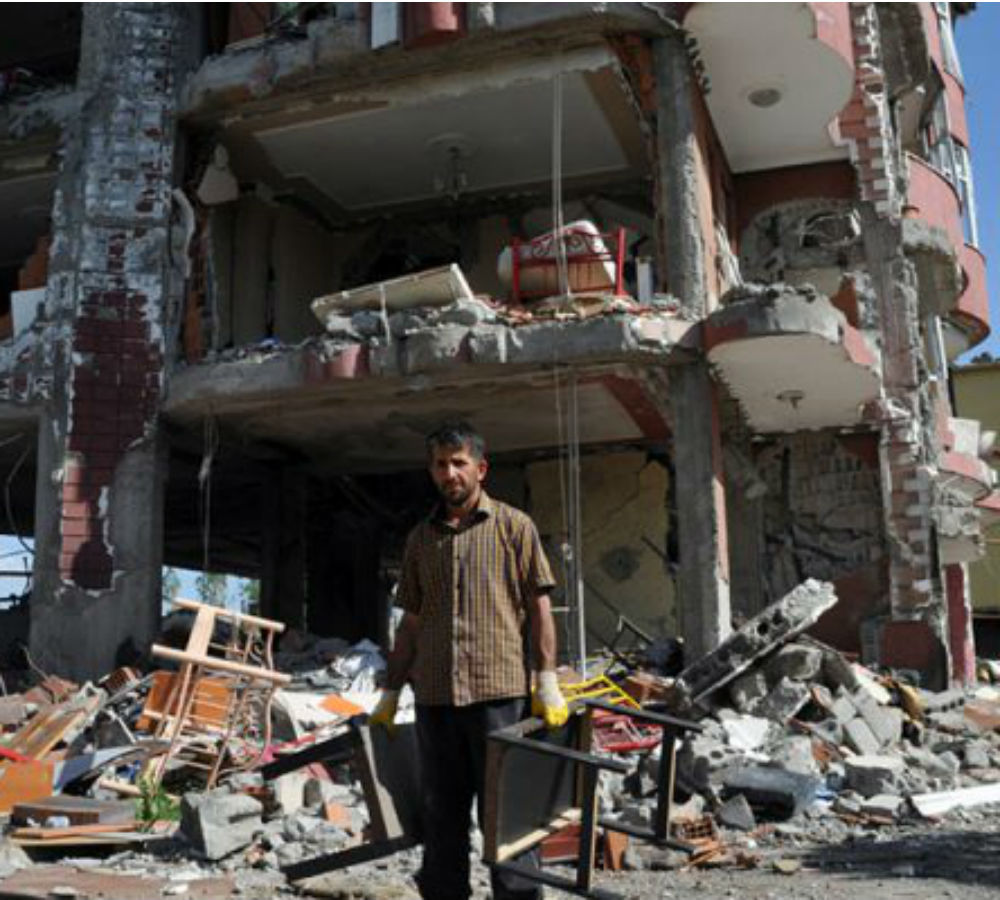 A large number of German individuals and civil rights groups, including politicians, activists and artists have filed a criminal complaint against Turkish President Recep Tayyip Erdoğan on charges of “war crimes” and “crimes against humanity” in relation to the country’s ongoing anti-terrorism operations in the southeastern Kurdish provinces.

According to Deutsche Welle (DW) Turkish, Britta Eder and Petra Dervishaj, two German lawyers, announced in a press statement on Monday that they filed the complaint with the Federal Chief Prosecutor’s Office in the city of Karlsruhe. The pair stated that they are representing the families of two people, who were killed in the Turkish military operations in the country’s southeast, along with a lawmaker from the Peoples’ Democratic Party (HDP). The criminal complaint was also signed by a number of German politicians and nongovernmental organizations.

Eder and Dervishaj told the media that their clients regarded filing complaint against “systematic war crimes in Turkey” as a “moral obligation.”

The DW Turkish reported that the petition to the prosecutor’s office also included accusations against former Prime Minister Ahmet Davutoğlu, as well as senior officials in the military and the police.

The accusations mainly focus on the army operations in the southeastern Turkish district of Cizre and based on eyewitness accounts.