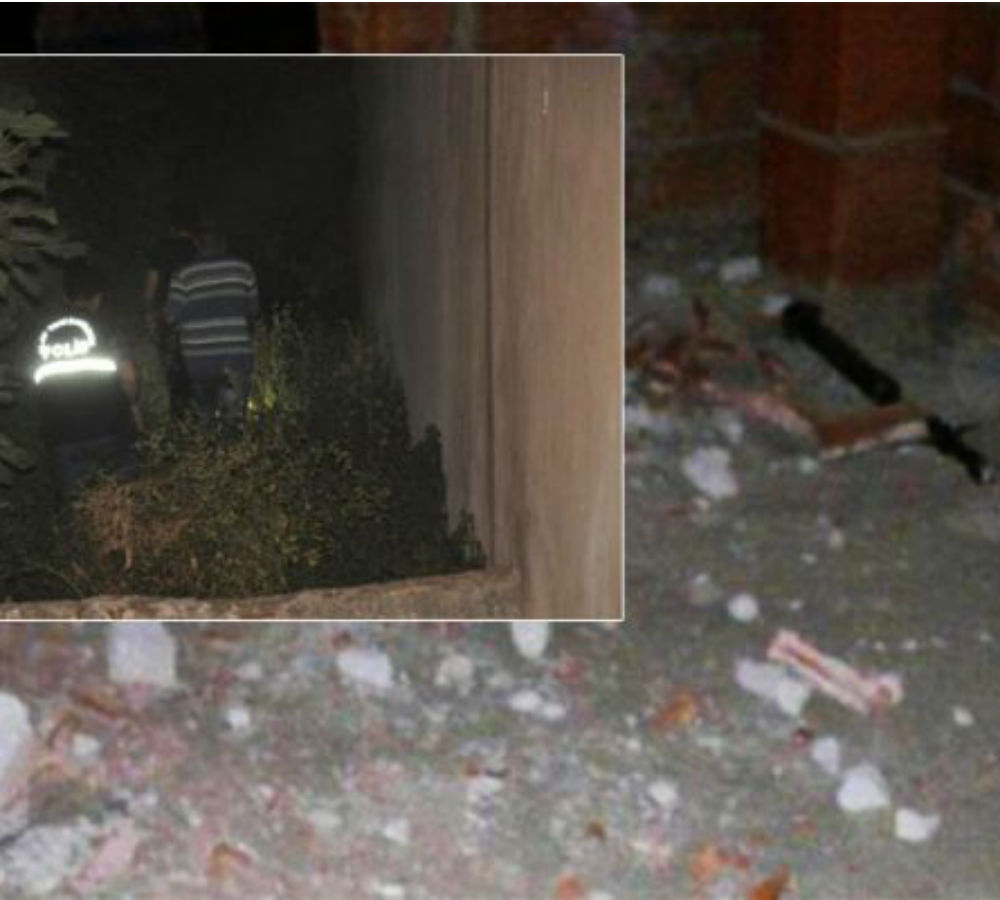 A group of individuals launched three missiles from a hilltop to the Bayındır Police Department, which is partly used for police housing, in the western province of İzmir on Wednesday night, failing to hit their targets, with no deaths or injuries reported.

The three missiles were fired consecutively at around 11:40 p.m. and two vehicles were reportedly used in the attack. According to eye-witnesses, the missiles were fired from the Potamaz hill. The higher floors of the police station building are known to be used as housing for officers.

One of the missiles hit a warehouse, which is located 30 meters from the police station, while the other two struck the roof of a two-story house and an empty construction. The family living in the missile-hit house left their home in panic after the attack and an 80-year-old member of the family passed out due to fear. Bayındır Mayor Ufuk Sesli, who is a doctor, carried out first aid on the elderly woman. Meanwhile, the house’s windows broke and its roof sustained damage.

A large-scale operation, backed by helicopters and special operation teams, was launched to capture the assailants, while the Inkilap Street was closed off. A majority of the locals spent the night outside as local politicians tried to console them.

A similar armed assault took place in February in the Kemalpaşa district, where a gendarmerie command was hit with a missile fired from a hilltop by members of the terrorist Kurdistan Workers’ Party (PKK).