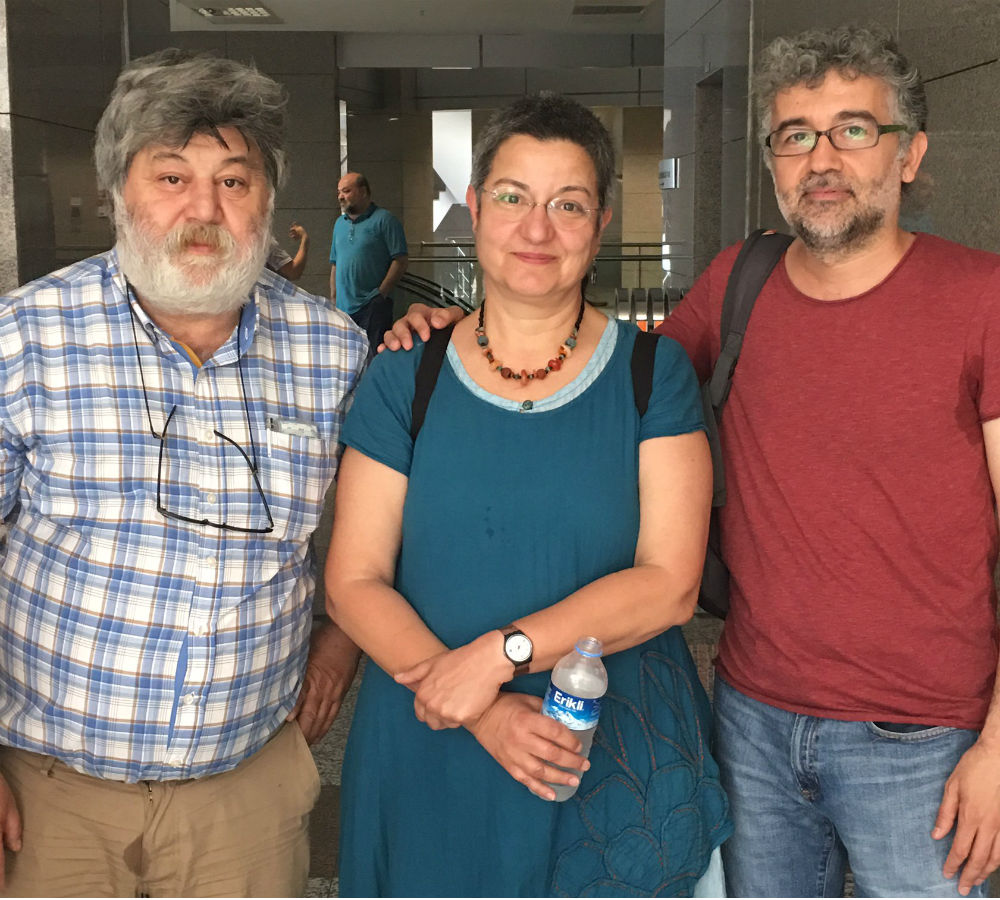 An İstanbul prosecutor requested prison sentences between 2 to 14 years for journalists, academics and activists who participated a campaign in solidarity with the Özgür Gündem daily, serving as “editors-in-chief on duty” for the newspaper.

The indictment prepared by Durmuş demands prison sentences up to 14 years on charges that include “making propaganda of a terrorist organization” and “praising the offense or the offender.”

Along with Fincancı, Nesin and Önderoğlu, Yıldırım Türker, Kemal Can, Cengiz Baysoy, İhsan Eliaçık, Beyza Üstün have been prosecuted for taking part in the campaign. They previously gave their testimony to a court in the İstanbul Çağlayan courthouse, as well as İnan Kızılkaya.