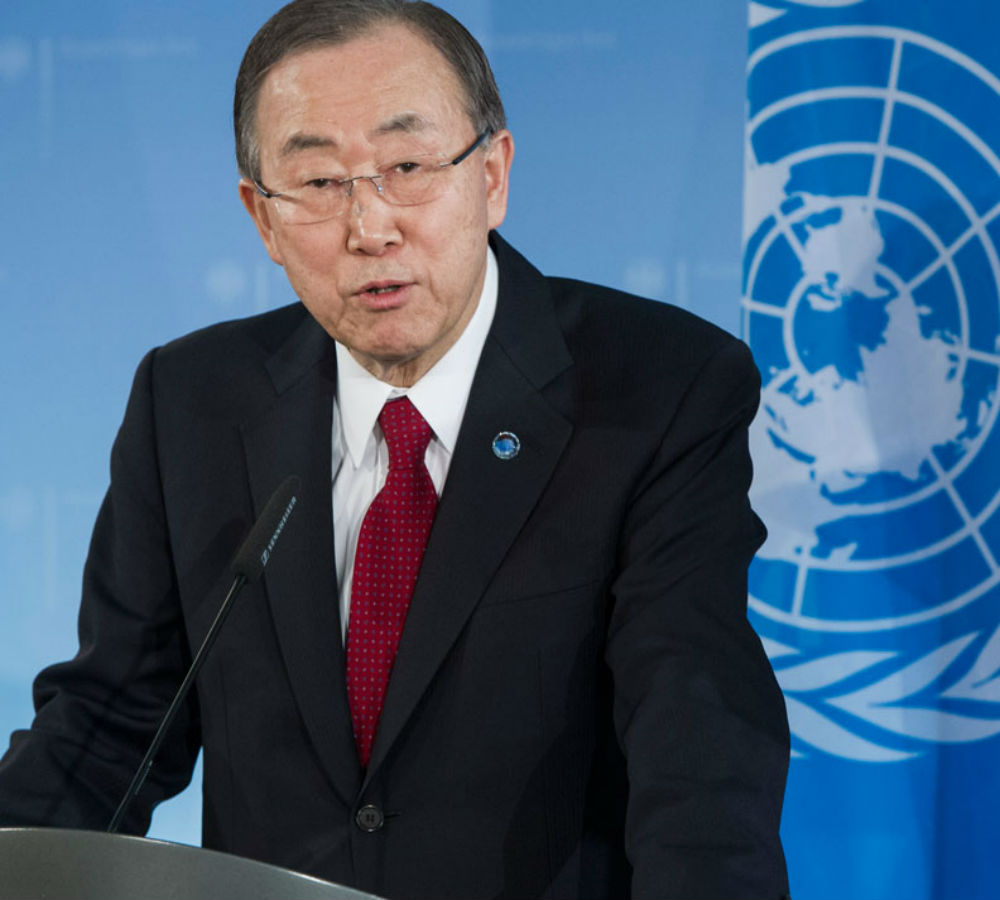 United Nations (UN) Secretary-General Ban Ki-moon has expressed the hope that Turkey Representative of the Reporters Without Borders (RSF) Erol Önderoğlu — who was arrested on Monday on charges of “spreading terrorism propaganda”— would be quickly released.

According to the readout published on UN’s website of Ban Ki-moon’s meeting with Christophe Deloire, the Secretary-General of RSF, he learned on Tuesday with great concern about the arrest of Önderoğlu and expressed the hope that he would be quickly released.

The readout also stated that UN Secretary-General shared the concern expressed by Mr. Deloire regarding increased threats, attacks and arrests of journalists around the world who were just doing their job.

Ban Ki-moon commended RSF for its courageous and vital work to protect press freedom and freedom of speech.

Professor Şebnem Korur Fincancı, the Founding President of the Turkish Human Rights Foundation (TİHV), Erol Önderoğlu and writer Ahmet Nesin were put under arrest by an İstanbul court on Monday on charges of “spreading terrorism propaganda.”

Federica Mogherini, the Vice President of the European Union (EU) Commission and the High Representative of the EU for Foreign Affairs and Security Policy, Johannes Hahn, Commissioner for EU Neighborhood Policy and Enlargement Negotiations and Nils Muiznieks, Council of Europe Commissioner for Human Rights, condemned Turkey over the arrests of Fincancı, Nesin and Önderoğlu.