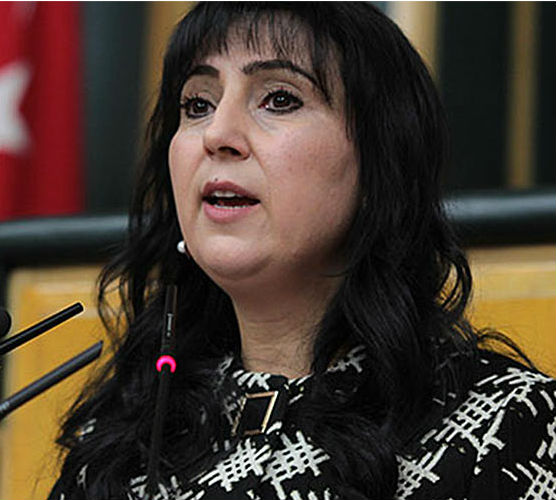 İstanbul Police Department issued a written statement on Thursday regarding the recent police raid on the home of pro-Kurdish Peoples’ Democratic Party (HDP) Co-chair and lawmaker Figen Yüksekdağ, saying that the operation had targeted another individual and that there has been no ongoing legal process against Yüksekdağ or her husband.

In the statement, the İstanbul Police Department said that the operation on June 15 was conducted by the counter-terrorism police against senior members of a radical leftist terrorist organization, including a suspect, Fadime Ç, who had been trained in the Syrian Kurdish town of Kobane and returned home to stage a bomb attack. According to the statement, synchronized police raids on 23 addresses resulted in the detention of 14 people, as part of the operation.

According to the statement, the police confirmed that Fadime Ç. was staying at the same address with the husband of Yüksekdağ, however, the suspect could not be found at that address during the raid. The statement added that personal belongings of Fadime Ç. such as passport were discovered at the raided home.

The İstanbul Police accused the media of making false stories to give the impression that there was a legal process against the HDP co-chair.

The police raid on Yüksekdağ’s home address had sparked controversy as the incident came shortly after government’s lifting of parliamentary immunities only including pro-Kurdish HDP lawmakers in order to prosecute them on “terrorism” charges.