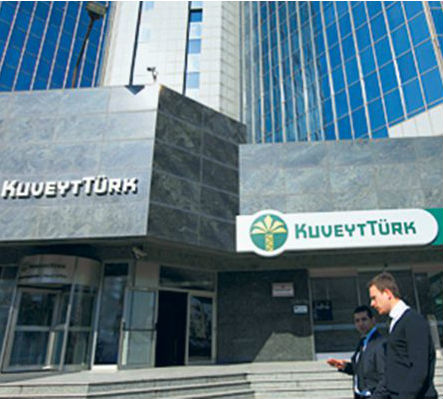 A lawsuit has been filed at a California court against the Kuveyt Türk Bank, whose shareholders include a Turkish state-run body, and Kuwait Finance House, on charges of aiding and abetting the terrorist Islamic State of Iraq and Syria (ISIS), claiming that money transfer has been made to terrorist groups in Syria over their accounts, the Yeni Hayat daily reported on Wednesday.

The plaintiff is reportedly a California-based nonprofit organization “Saint Francis of Assisi,” which is administered by Assyrians. The institutions listed in the petition submitted to the court are accused of offering financial service and aid to ISIS.

According the daily, Turkey’s Directorate General of Foundations is holding 18.72 percent of the Kuveyt Türk Bank’s shares, hence, the country becomes a defendant in the trial.
The indictment alleges that certain accounts opened in those financial institutions were used by various associations in order to transfer money to terrorist organizations that are active in Syria. Some of these allegations were previously included in a letter by Russia presented to the United Nations (UN) Security Council on Jan. 29, 2016. In the letter, three major Turkish banks faced similar accusations, along with Kuveyt Türk.

Following Russia’s assertions, the US Department of the Treasury reportedly warned Turkey regarding those three Turkish banks and shady account holders that were allegedly supporting terrorist groups.

According to the indictment, a man named Hajjaj al-Ajmi, who is accused of transferring money to ISIS, as well as al-Nusra Front, which is an offshoot of al-Qaeda, was constantly traveling between Syria and Kuwait. According to commentators, al-Ajmi’s trips to Syria are likely to have been over Turkey, which might be brought up within the trial. The indictment reportedly includes the claim that al-Ajmi asked for money on behalf of a foundation based in Turkey over Twitter, giving Kuveyt Türk account numbers.