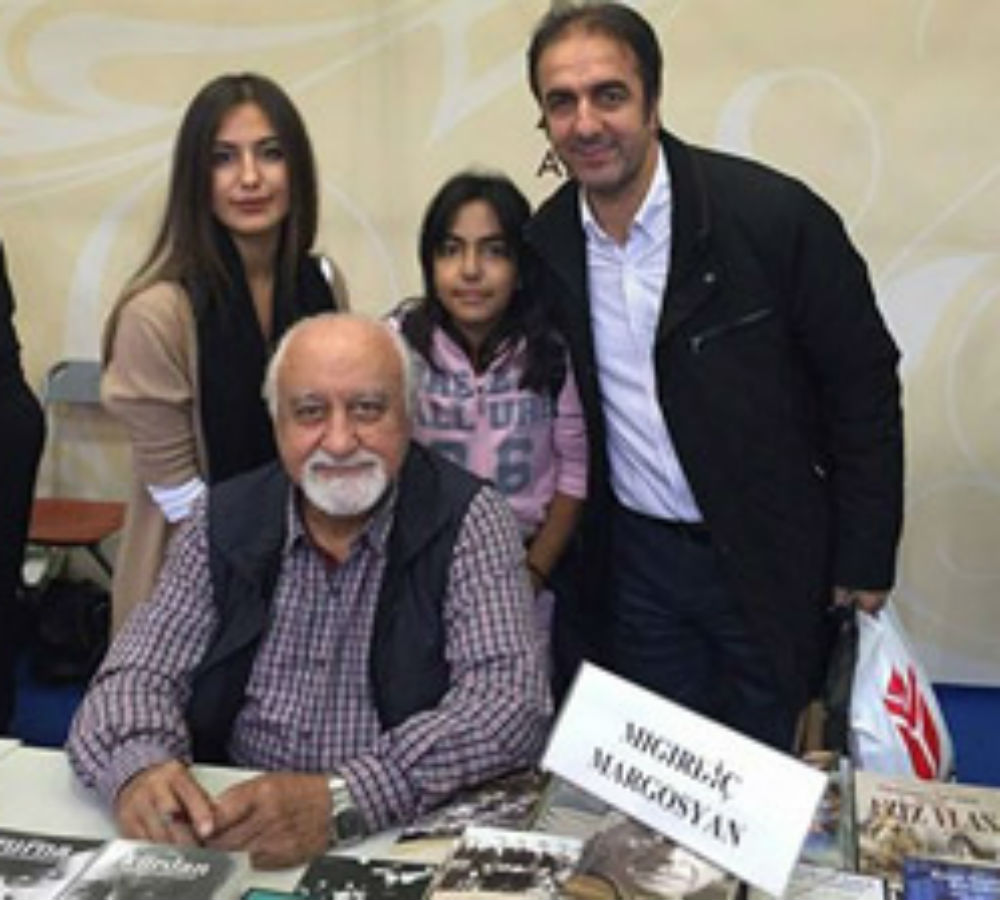 The Supreme Board of Judges and Prosecutors (HSYK) decided to allow an investigation into judge Kemal Şahin – who was recently appointed to an İstanbul appeal court – over posting a photo with Armenian writer Mıgırdiç Margosyan.

On April 7, the 3rd Chamber of HSYK allowed probe into Şahin – who was appointed to his post on March 25 – after examining his Twitter and Facebook posts sent during the last three months.

The post involving a photo with Margosyan was one of the reasons for the investigation that was launched into Şahin.

Şahin posted the photo that also involves his two daughters on Facebook and added the comment: “Together with my daughters Yaren and Dilan, I apologized to Mıgırdiç Margosyan, a son of the people you dispersed as if they were rosary beads from the Gawur neighborhood.”

When Şahin was asked to defend himself, he reportedly refused to do it, arguing that there is no suspicion to require a defense.