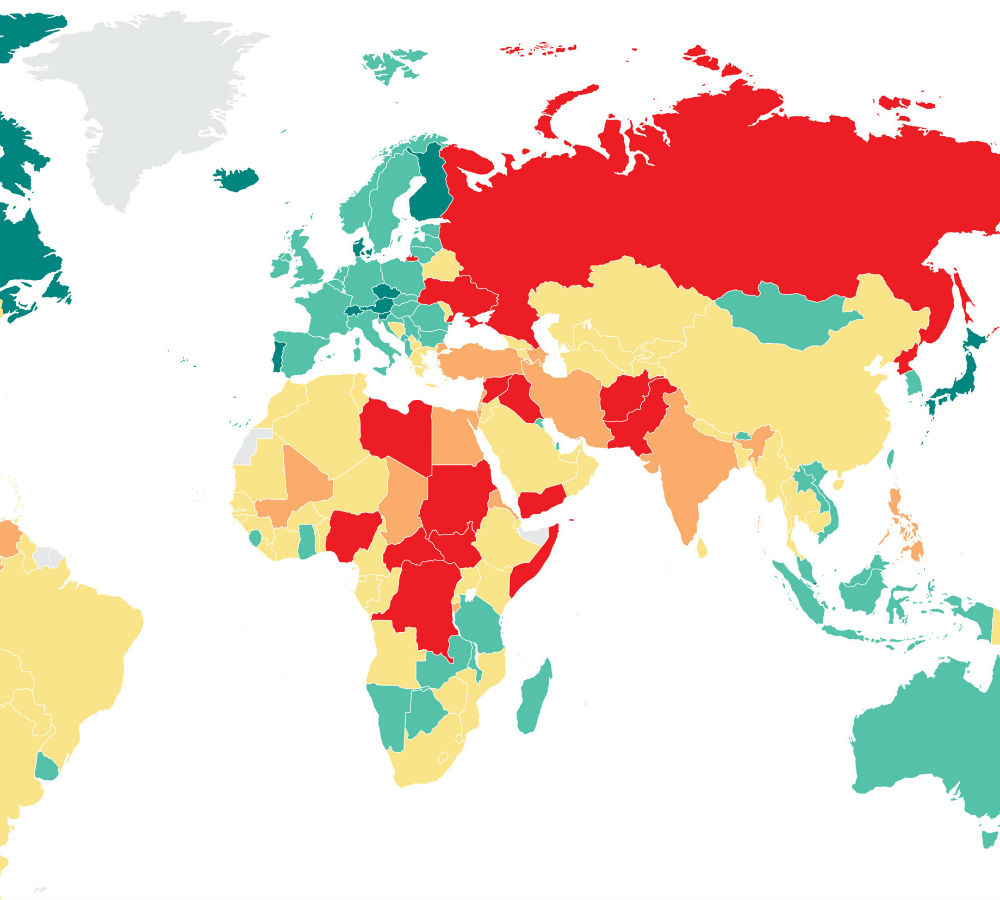 Turkey has ranked 145th out of 163 countries listed in the Global Peace Index (GPI) produced by the Australian-based Institute for Economics and Peace(IEP).

The index ranked 163 countries this year based on how peaceful they are according to 23 indicators of peace, such as respect for human rights, perceptions of criminality within society and military expenditure.

Iceland topped the index as the most peaceful country in the world. Syria, with a deteriorated score in the impact of terrorism and internal conflicts fought, ranked the lowest of the 162 countries.

Among the countries of Europe — the most peaceful geographical region in the world — Turkey, saw the largest deterioration and ranked 145 overall, which is the lowest.

Turkey fell seven slots to 145th in 2015 due to heightened conflict with its Kurdish population, deteriorated relations with neighboring countries — mainly Russia — and increased terrorism impact.

The index report stated that Turkey suffered from a deepening of its internal security woes, a continued hard-line approach by the President Recep Tayyip Erdoğan and the Justice and Development Party (AK Party) government and spillovers from the conflict in neighboring Syria in 2015.

According to the report, the main trigger for the deterioration in the domestic situation was the resurgence of conflict between the state and the Kurdistan Workers’ Party (PKK) terrorist.

It is also underlined that the rise in terrorist activity was mostly on the part of the Islamic State of Iraq and Syria (ISIS).

It is finally stated in Turkey’s section of the report that although elections in 2015 consolidated Erdoğan’s authority, the excessive concentration of power in his hands, together with the numerous internal and external security threats, provides highly unpredictable prospects for sustained peace.

The GPI is an attempt to measure the degree of peacefulness of countries around the world. The index has been released annually since it began in 2007. It currently ranks 163 countries according to their level of peace in consultation with an international panel of peace experts, from peace institutes to think tanks, with data collected and collated by the Economist Intelligence Unit.