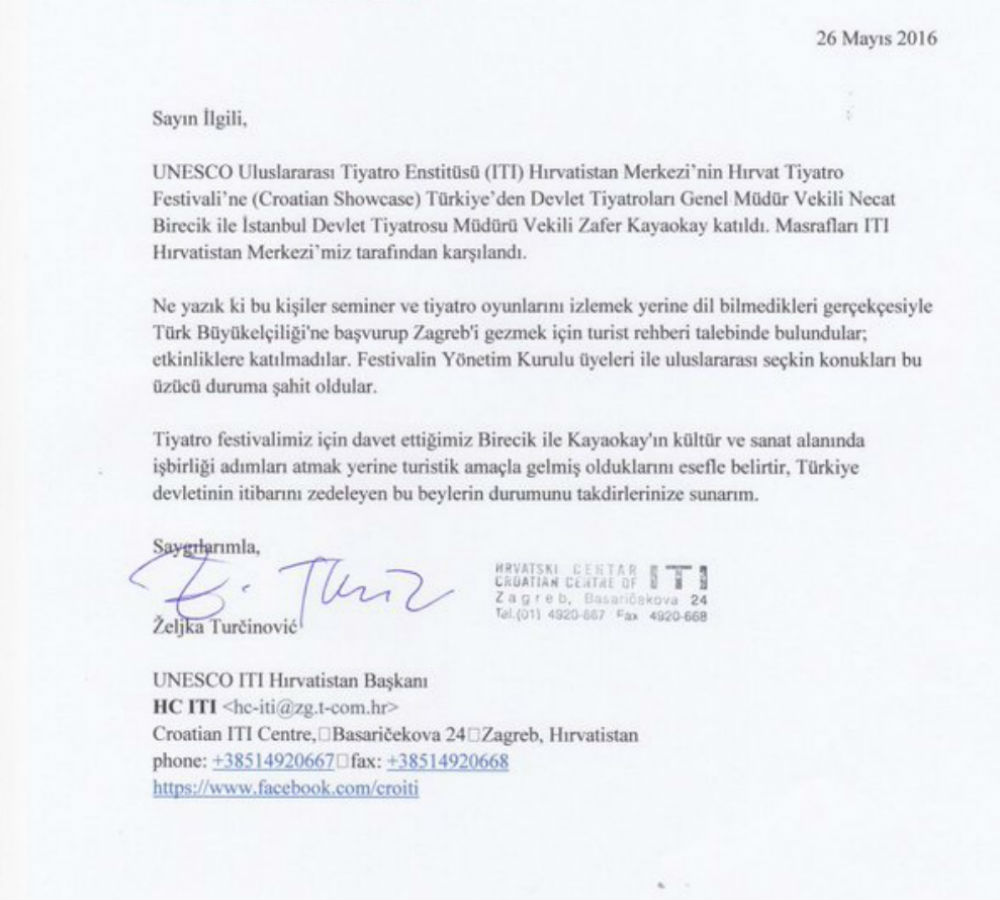 Zeljka Turcinovic, coordinator of the Croatian Centre of International Theatre Institute – founded under the umbrella of the United Nations Educational, Scientific and Cultural Organization (UNESCO) – has written a letter of complaint to Turkey, after two State Theater (DT) officials did not attend events of a festival they accepted the invitation for, choosing to travel around the country.

Coordinator Turcinovic wrote the letter on May 26, in order to notify Turkish officials that Nejat Birecik — the deputy general director of the DT — and Zafer Kayaokay — DT deputy director of İstanbul – did not attend the plays and seminars of the “Croatian Theatre Showcase” that are paid for them in advance by the institution.

According to the letter, Birecik and Kayaokay showed not speaking a foreign language as a reason for skipping the events and spent their time traveling around the country.

“I regretfully state that Birecik and Kayaokay, whom we invited here to attend our threatre festival, came here with touristic purposes and not for taking steps towards cooperation in areas of culture and arts and submit the situation of these two gentlemen – who tarnish Turkish government’s reputation — to your discretion,” the letter said.