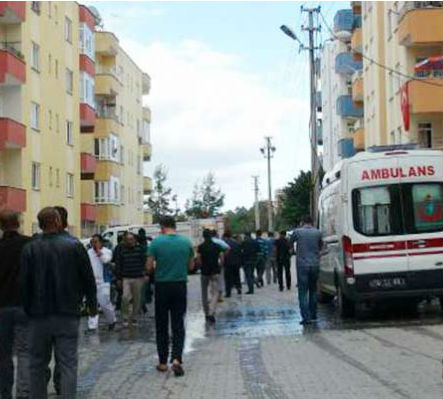 A missile fired from Syria fell on an empty field in the southeastern city of Kilis early on Tuesday morning; in what is the latest in a series of recent rocket launching into Kilis from across the border, mainly from areas held by the terrorist Islamic State of Iraq and Syria (ISIS); no casualties have been reported.

The Katyusha rocket dropped in an empty site near the İnanlı village in downtown Kilis. According to reports, intense clashes are going on between ISIS and other opposition groups in Syrian neighborhoods close to the Turkish border.

More than 50 rockets have been fired on Kilis from ISIS-held territories over the past four months between October and January 2016, leaving 16 people dead and injuring 50 others. In January, a rocket fired by ISIS hit a mosque near the Kilis Governor’s Office, killing one and injuring 10 others. Deputy Prime Minister Yalçın Akdoğan was reportedly having a meeting with Kilis Governor Süleyman Tapsız at the Governor’s Office at the time of the explosion.