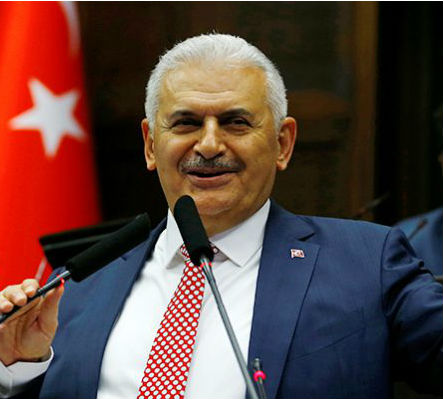 Following the visits, Yıldırım and his wife, hand in hand, went to the prime ministerial car. Speaking to the media regarding his visits, Yıldırım said “Late Adnan Menderes was the first premier of our multi-party political history and a martyr of democracy, may God have his mercy on him.” Yıldırım praised Menderes for his services in the country’s development and efforts in establishing democracy during his tenure between 1950 and 1960.

Also commemorating Özal, who served between 1989 and 1993, Yıldırım stated that the late president opened Turkey to the world and helped the country earn prestige on the international scene.

The newly-elected prime minister emphasized that his visits of the late politicians followed the vote of confidence his Cabinet won in Parliament earlier in the same day, stating that he was seeking to get inspiration from the “relentless guards of the Turkish democracy” for better serving the country.