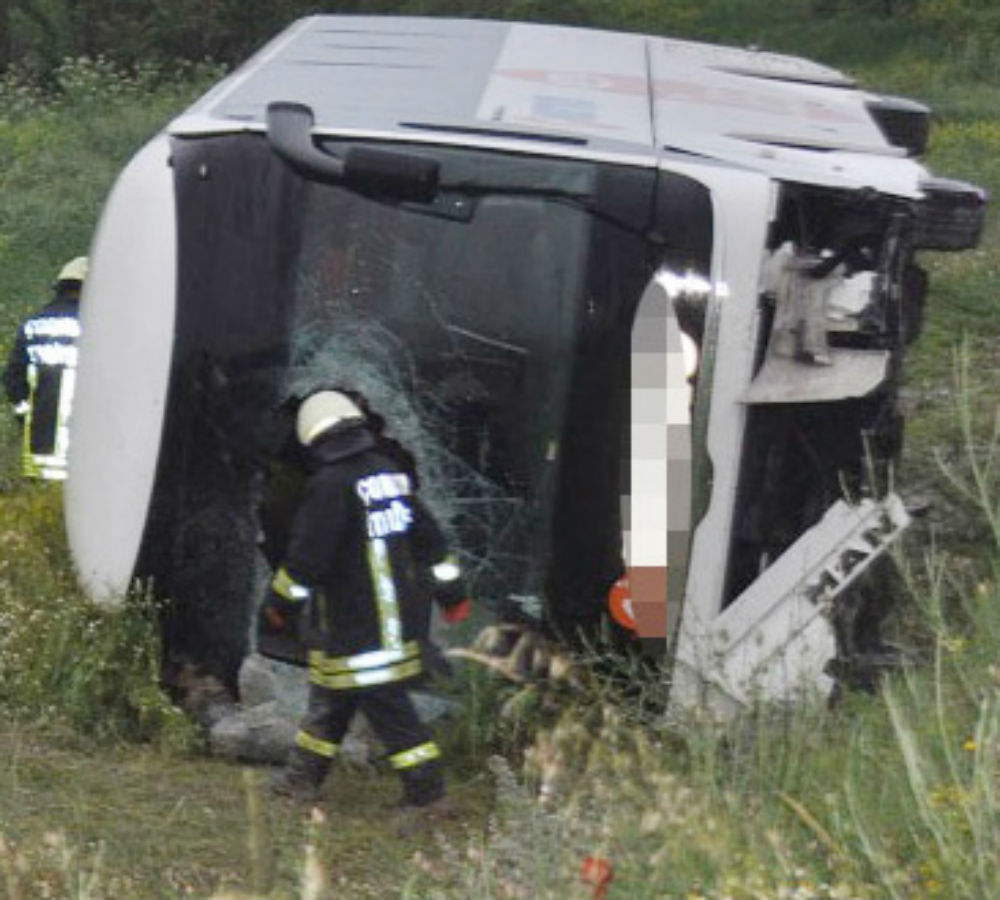 The driver, 51-year-old Sadık Gençkurt, lost control of a passenger bus around 1 a.m. in the central Anatolian province of Yozgat. The bus veered off the road due to the rain and tumbled down a hillside on Yozgat-Çorum highway, leaving 3 people dead and 30 more injured.

Police, health and fire teams were dispatched to the scene of the accident along with some members of the Disaster and Emergency Management Authority (AFAD).

The injured – 5 of them reportedly in critical condition – were sent to hospitals in Yozgat’s Sorgun district and Çorum’s Alaca district.

The accident happened when 49-year-old Ali Erden, driver of the bus, lost control of the vehicle due to slippery road and the bus tumbled down a hillside on Çorum-Ankara highway.

Health, fire and gendarmerie teams were dispatched to the area and the injured were sent to Hitit University Çorum Training and Research Hospital.