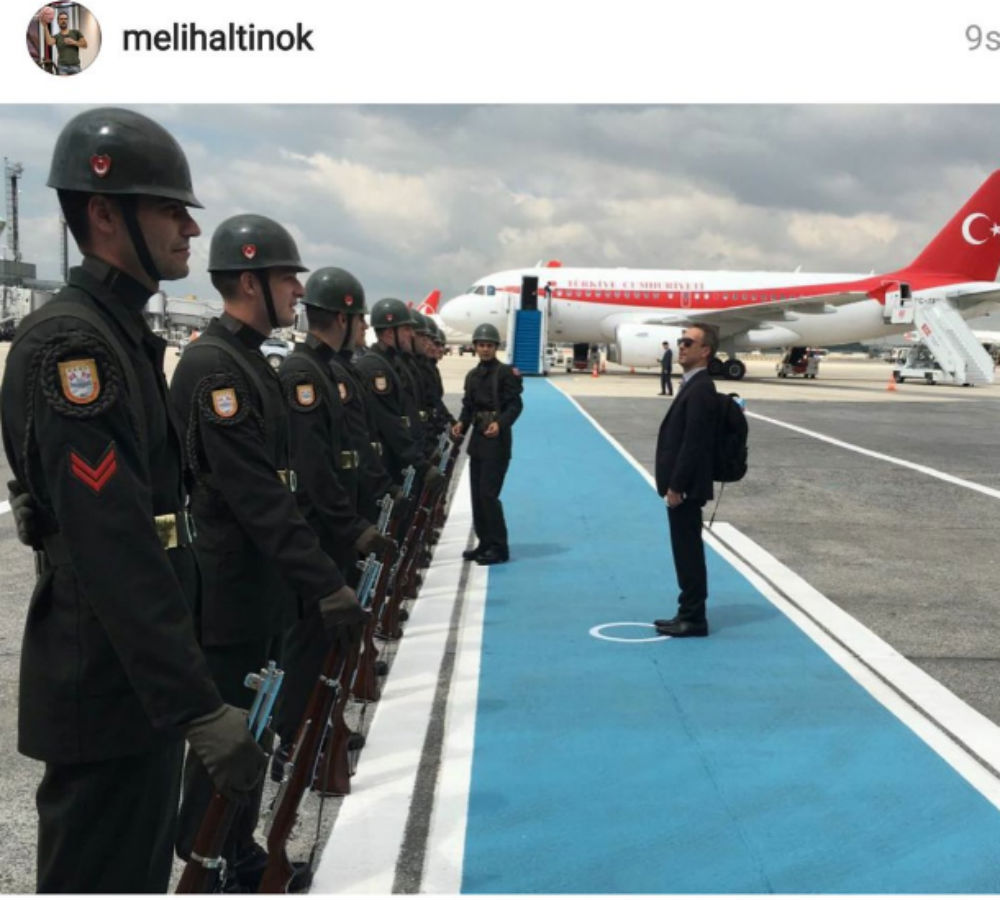 Turkish social media users were outraged after pro-government columnists Melih Altınok and Kurtuluş Tayyiz shared photos of themselves saluting the Turkish soldiers, who were waiting for President Recep Tayyip Erdoğan’s arrival, on their social media accounts.

Altınok wrote under the photograph, which shows him in front of a group of soldiers at an airport in Diyarbakır, “-What’s up soldier? -None of your business.” The move caused an uproar on social media as users accused Altınok and Tayyiz of mocking the Turkish soldiers, who have been fighting against the terrorist Kurdistan Workers’ Party (PKK) in the area, and for being disrespectful against them.

Tayyiz deleted the photo after the backlash on social media.

Altınok and Tayyiz along with a group of press members joined Erdoğan in his visit to Diyarbakır on Saturday.