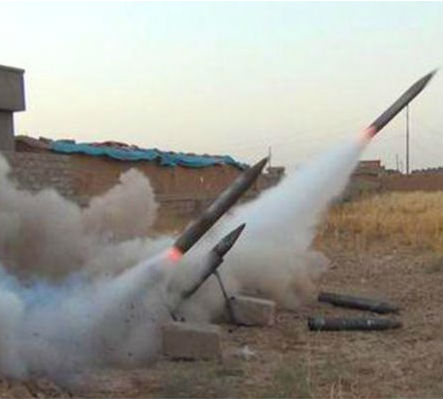 Two missiles launched from across the Syrian border fell in a an empty field in the vicinity of an airport in the southeastern Gaziantep province on Saturday, with no casualties reported.

The incident took place at 10:50 in the morning, causing panic and fear in the Oğuzeli district, where the Gaziantep Oğuzeli International Airport is located. While one of the missiles exploded, the other one did not.

In recent months, ISIS missiles fired from Syrian soil caused the death and injury of dozens of civilians in the southeastern border towns of Turkey. One of those missile attacks occurred in early March targeting the Kilis district, resulting in the death of two people, including a toddler, and wounding of two others. A total of eight Russian-made projectiles were fired from and ISIS-held Syrian area. The Turkish military fired back ISIS targets in response to the assault.