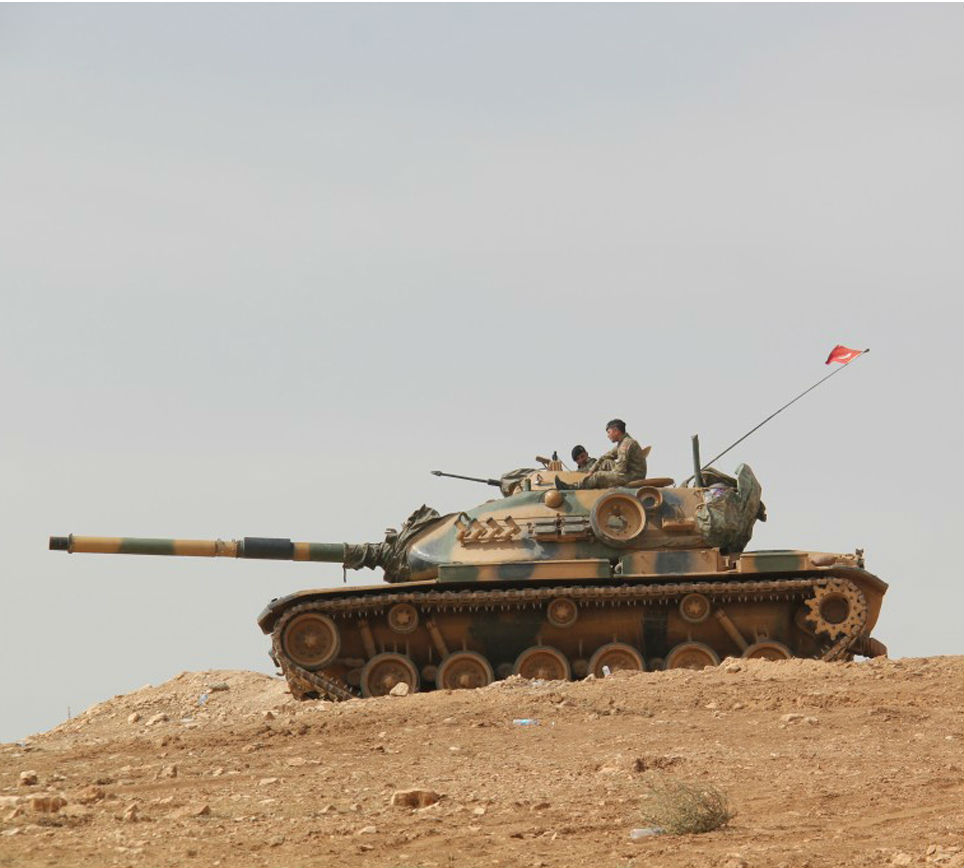 Turkish Armed Forces (TSK) participated in a series of US-led coalition’s attacks targeting the Islamic State of Iraq and Syria (ISIS) on Syrian soil on Thursday by using self-propelled howitzers, as well as shells and rocket launchers from near the Syrian border.

According to reports based on findings of drones, ISIS was dealt major blow as a result of a series of attacks, with 104 of its members being killed. In addition, seven buildings used by ISIS as headquarters, four Katyusha rocket launchers, a shell and a howitzer owned by ISIS were destroyed.

At around 6:00 pm on Thursday, 233 howitzer artillery strikes, 40 rocket strikes and four tank attacks were launched against ISIS targets, which had been located by the TSK previously. War planes dispatched by the coalition countries carried out 11 airstrikes over certain coordinates provided by Turkey.