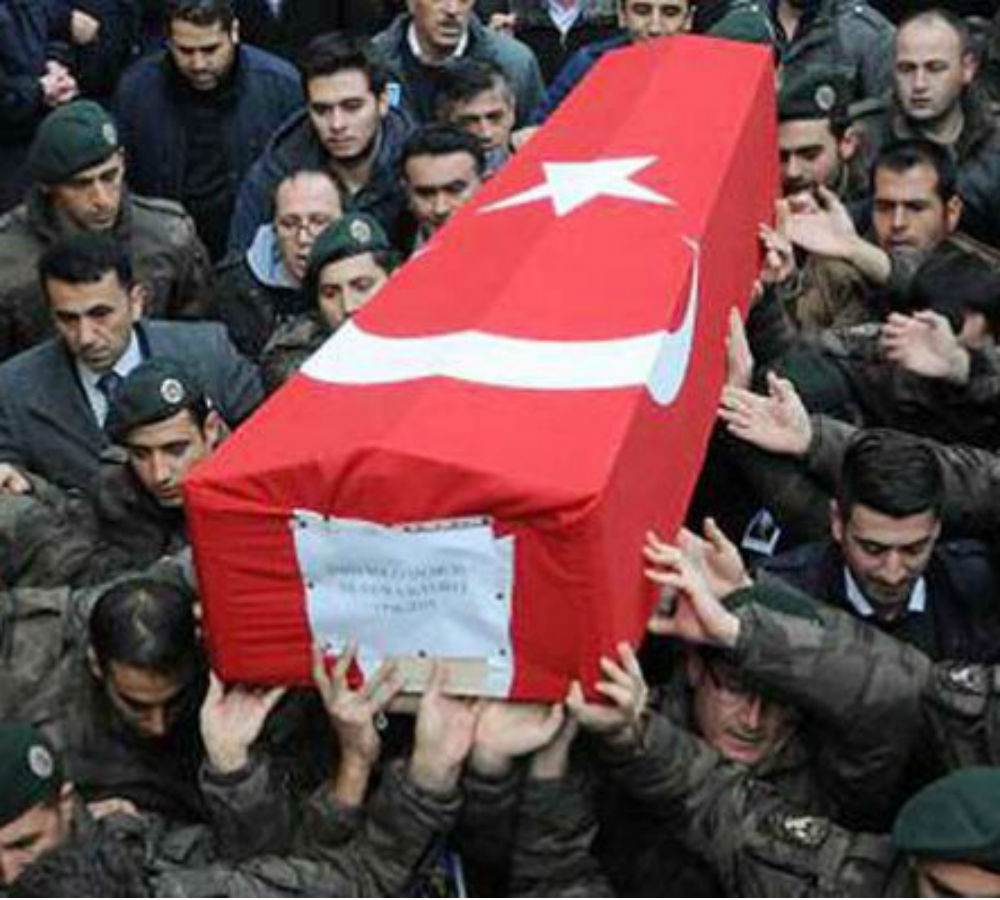 A total of three security members were killed in attacks by the terrorist Kurdistan Workers’ Party (PKK) on Thursday in southeastern Turkey.

A soldier and a police officers were killed in a bomb attack in Nusaybin district of Mardin province, while eight other security members were injured in the same attack.

The injured were taken to Nusaybin State Hospital and they are reportedly not in critical condition.

Another soldier was killed after PKK terrorists fired on security forces with sniper rifles in Ovacık district of Tunceli. A soldier was also wounded in the attack.

Meanwhile, 42 alleged PKK members have surrendered themselves to the security officers in Nusaybin on Thursday.