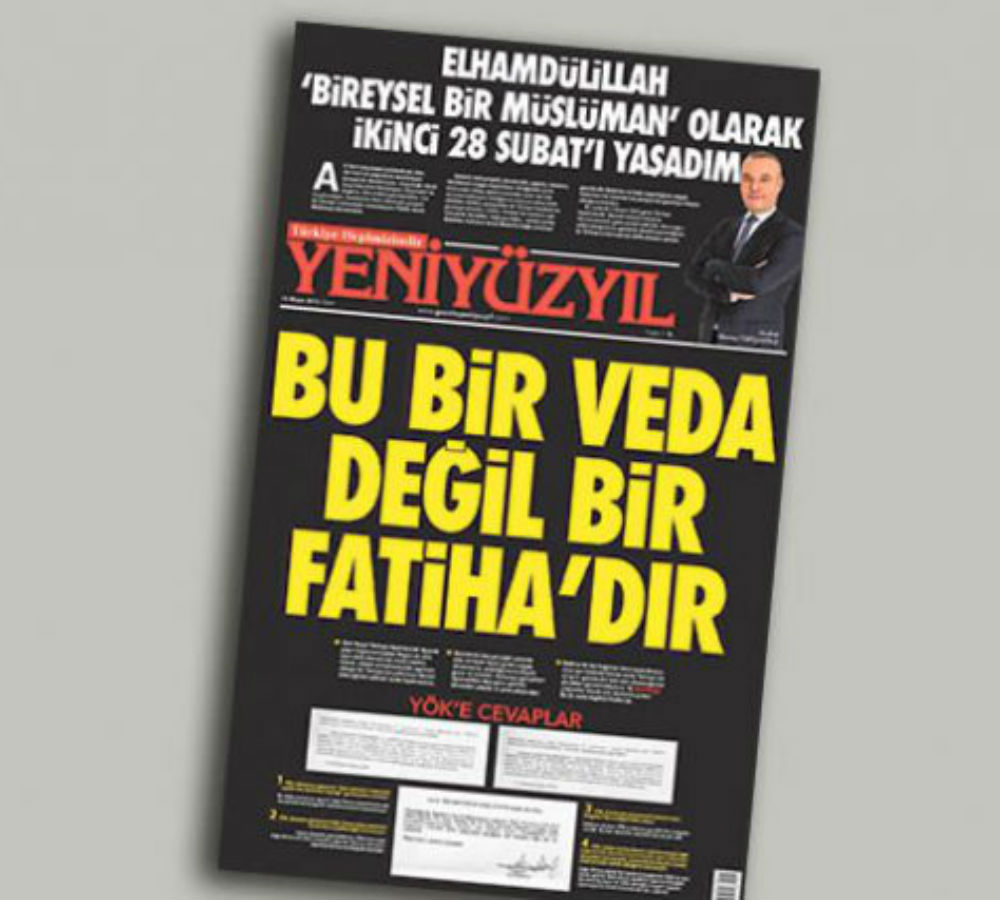 The staff of the Turkish daily, Yeni Yüzyıl, which is usually known for being supportive of the outgoing Prime Minister Ahmet Davutoğlu, was denied entry to their offices.

The owner of the daily Mansur Topçuoğlu, who is also the head of the board of trustees at Haliç University in İstanbul, were stripped of his duties at the university by the Higher Education Board (YÖK) on May 13. YÖK also has temporarily given the management of the Haliç University to İstanbul University’s board.

The daily declared just two days after YÖK’s decision that they stopped their print version and decided to go on online.

A news portal claimed on Monday that the staff were denied entry to the newspaper’s building, which belongs to Haliç University, by the security officers of İstanbul University.

The report also said that the newspaper is to be shut down completely and some 60 journalists are to be fired.

Prime Minister Davutoğlu had announced on May 5 that he is stepping down as the prime minister. The move was considered mostly to be caused by a conflict between Davutoğlu and President Recep Tayyip Erdoğan.